Scientists are saying heater-coolers used during heart procedures were contaminated at the factory where they were produced.

Open-heart surgery is an extremely serious procedure, and yet death rates for those who undergo it are actually quite low.

So when a recent global outbreak of serious – and sometimes deadly – infection began impacting patients who had undergone heart procedures, a team of scientists began examining variables to try to pinpoint the cause.

The analysis included samples from crucial procedural devices, called heater-coolers, that circulate water to warm or cool patients’ blood during bypass operations. German brands LivaNova and Maquet were investigated, along with hospital water sources and environmental sources. The results of the study identified heater-cooler devices made at the LivaNova PLC plant in Munich, with scientists saying they were contaminated during production.

But even though they’ve pinpointed it, here’s the scariest part: Experts say that at least five other manufacturers also sell heater-coolers in the U.S. — “and they all share a design that could pose a risk for infections” – meaning many brands of heater-cooler could cause bacteria to form in a hospital setting which could result in patient infections.

Perhaps this is why LivaNova hasn’t been quick to accept responsibility. Kaiser Health News says that a spokesperson for the company told them they are concerned that a recent journal article published on the study “expresses a level of certainty about a point source tie to the manufacturing process that is not warranted by the data.”

Other experts cautioned hospitals to not become lax on the issue based on the results of the study. While there doesn’t currently seem to be a way fully decontaminate these machines, there are steps that can be taken onsite to reduce patient risk. One hospital found a way to separate the air coming out of the heater-cooler from the rest of the air in the hospital room, which doesn’t allow bacteria to settle on surgical sites or cardiac implants before they are inserted. They have experienced zero cases of infection since.

Over 8,000 Security Flaws Found in Pacemakers 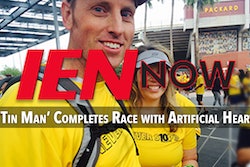