It was the second-largest fire in state history. 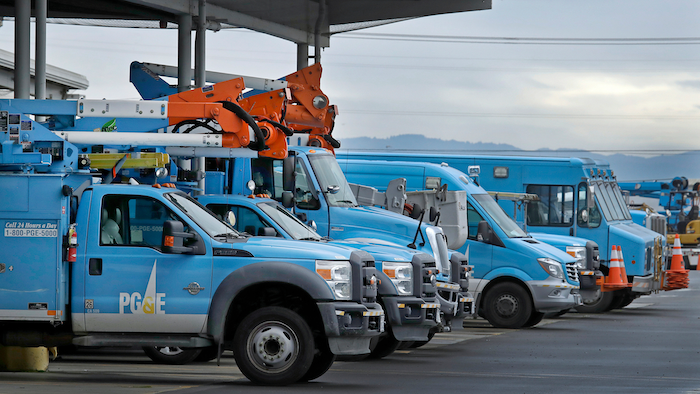 The blaze was caused by a tree hitting electrical distribution lines west of a dam in the Sierra Nevada, where the blaze began on July 13, according to investigators with the California Department of Forestry and Fire Protection.

Cal Fire said its investigative report was sent to the Butte County district attorney's office, which will determine whether criminal charges should be filed.

The finding was no surprise. PG&E already had indicated its equipment may have been involved in the Dixie Fire, which burned nearly 1 million acres (3,900 square kilometers) in Butte, Plumas, Lassen, Shasta, and Tehama counties.

It was the second-largest fire in state history.

“This tree was one of more than 8 million trees within strike distance to PG&E lines," PG&E said in a statement. “Regardless of today’s finding, we will continue to be tenacious in our efforts to stop fire ignitions from our equipment and to ensure that everyone and everything is always safe.”

The company said it has committed to burying 10,000 miles (16,100 kilometers) of power lines and taking other measures to help prevent wildfires.

Those have included shutting off power to thousands — and in one case, millions — of customers during periods of hot, dry weather coupled with high winds that can knock down trees or hurl branches into power lines.

A historic drought and recent heat waves tied to climate change have made wildfires fiercer and harder to fight in the American West.

PG&E equipment has been blamed for several of California’s largest and deadliest wildfires in recent years.

Last September, PG&E was charged with involuntary manslaughter and other crimes because its equipment sparked the Zogg Fire in September 2020 that killed four people and burned about 200 homes west of Redding. Investigators blamed a pine tree that fell onto a PG&E distribution line. The company could be heavily fined if convicted.

Shasta and Tehama counties have sued the utility alleging negligence, saying PG&E had failed to remove the tree even though it had been marked for removal two years earlier. The utility said the tree was subsequently cleared to stay.

It was one in a slew of legal actions against the nation’s largest utility, which has an estimated 16 million customers in central and Northern California.

The utility pleaded guilty in 2019 to 84 counts of involuntary manslaughter for a 2018 blaze ignited by its long-neglected electrical grid that nearly destroyed the town of Paradise and became the deadliest U.S. wildfire in a century.

PG&E also filed for bankruptcy protection in 2019 after that blaze and others were blamed on its aging equipment. The utility emerged from bankruptcy in 2020 and negotiated a $13.5 billion settlement with some wildfire victims.

But it still faces both civil and criminal actions from other fires. The company has pleaded not guilty to Sonoma County criminal charges over the 2019 Kincade fire, which injured six firefighters, choked local skies for two weeks and forced nearly 200,000 residents from their homes.