The airline is charging the manufacturer of failing to correct what it calls accelerated surface degradation. 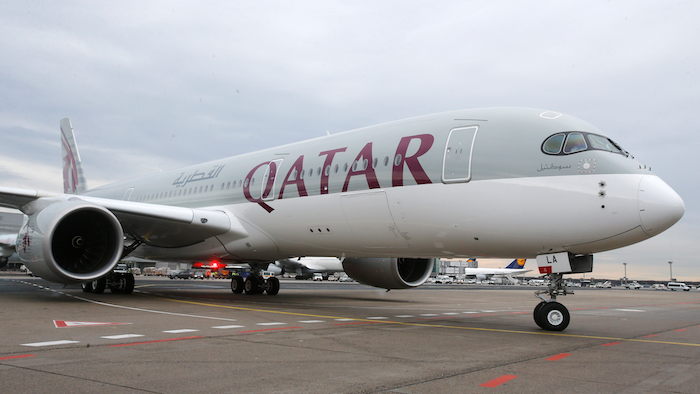 Qatar Airways said the company is taking Airbus to court, saying it's failed to reach an agreement on the accelerated surface degradation condition that's impacting the Airbus A350 aircraft.
AP Photo/Michael Probst, File

Qatar Airways is taking Airbus to court charging the manufacturer of failing to correct what it says is accelerated surface degradation impacting the Airbus A350 aircraft.

The airline said Monday that it's seeking a rapid resolution in the High Court in London. The airline has now grounded 21 A350 aircraft citing the conditions of the plane.

Qatar Airways said in August that it was forced to ground of the aircraft over what it described as fuselages “degrading at an accelerated rate” in the long-range aircraft, further escalating a monthslong dispute with the European airplane maker.

While Airbus declined to specifically discuss the announcement, Qatar Airways’ decision to ground the aircraft raised questions about the A350s’ carbon composite fuselage, designed to make the twin-aisle aircraft lighter and cheaper to operate by burning less jet fuel. Qatar Airways also is one of the world’s top operators of the aircraft.

In its statement, Qatar Airways said it had been monitoring the degradation beneath the paint on the fuselage of the aircraft for some time. It described the issue as a “significant condition,” without elaborating.

“We strongly believe that Airbus must undertake a thorough investigation of this condition to conclusively establish its full root cause,” the carrier said Monday. “Without a proper understanding of the root cause of the condition, it is not possible for Qatar Airways to establish whether any proposed repair solution will rectify the underlying condition.”

Qatar Airways has a fleet of 53 Airbus A350s in both its 1000 and 900 series. The airline has another on order with the Toulouse, France-based airplane manufacturer, making its total order of 76 aircraft — the most of any airline worldwide. In June, Qatar Airways said it wouldn’t take any more A350s unless the problem was fixed.

“As a leading aircraft manufacturer we are always in talks / working with our customers,” a statement said. “Those talks we keep confidential. We have no further comment on our customer’s operations.“

Currently, Singapore Airlines is the world’s top operator of the A350, with 56 now in its fleet. The airline said it “has not experienced the issues reported.” In America, Delta Air Lines has 15 in its fleet. The Atlanta carrier did not immediately respond to a request for comment.

The A350 has a list price as much as $366.5 million, though buyers often get discounts in bulk deals.

Qatar Airways CEO, Akbar al-Baker, is known for his hard-changing, confrontational approach in negotiating with manufacturers and others.

The project is fully funded and will take roughly five to seven years to complete.
Jan 20th, 2022
Follow Us
Most Recent