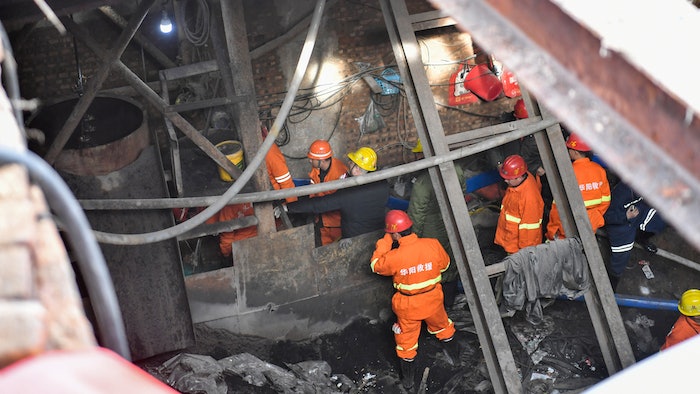 More than 20 people were trapped after a coal mine was flooded in the city of Xiaoyi, north China's Shanxi province, as a result of illegal mining, local authorities said Thursday.
Cao Yang/Xinhua via AP

BEIJING (AP) — Rescuers on Thursday were trying to reach 21 people trapped by a flood because of illegal mining for coal in northern China, authorities said.

The accident happened about 11 p.m. Wednesday in Xiaoyi city in Shanxi province, a major coal-producing region southwest of Beijing.

Water was being pumped out of the mine, and the water level was falling, the Xiaoyi government said in an update on social media.

Police have detained six people and others were being sought in connection with the incident, the report said.

China has cracked down on illegal mining in recent years, sharply reducing what was a high fatality rate, but a shortage of coal this year has driven up prices, prompting a surge in mining.