Two test pilots and a flight engineer were killed. 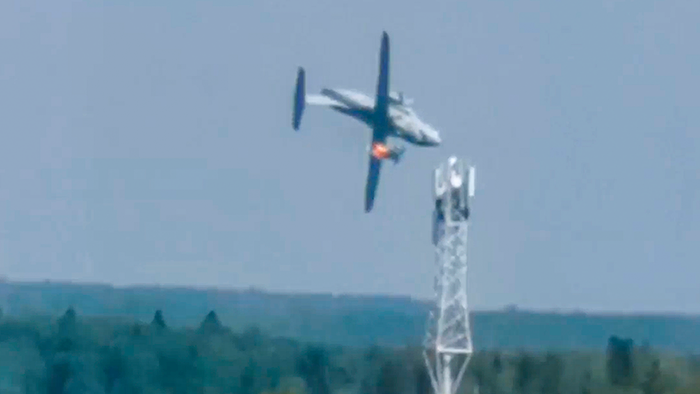 The new light military transport plane, Il-112V, crashed in a forested area as it was coming in for a landing at the Kubinka airfield 45 kilometers (28 miles) west of Moscow, the corporation told the Tass news agency.

Two test pilots and a flight engineer were aboard the plane, and none survived, the corporation said.

The Baza online news outlet posted a video in the messaging app Telegram of an airplane crashing into the woods after one of its engines caught fire.

Russian police have opened a criminal probe into the incident, as is usual in such cases.

The plane flew to the Moscow region last week and was set to be unveiled at the Army-2021 forum later this month. It is the first military transport plane developed in Russia from scratch since the Soviet Union collapsed in 1991.

The Il-112V has turboprop engines and is designed to transport personnel, military equipment and weapons. It is capable of carrying up to 5 tons of cargo.

The plane's first flight took place in March 2019, but it was reported to be too heavy and in need of improvements. Testing of the Il-112V resumed only in March 2021.

Serial production of Il-112V is expected to begin in 2023 at the Voronezh Aviation Enterprise, which can produce up to 12 such planes a year.