About 80 gallons of fluid entered a river. 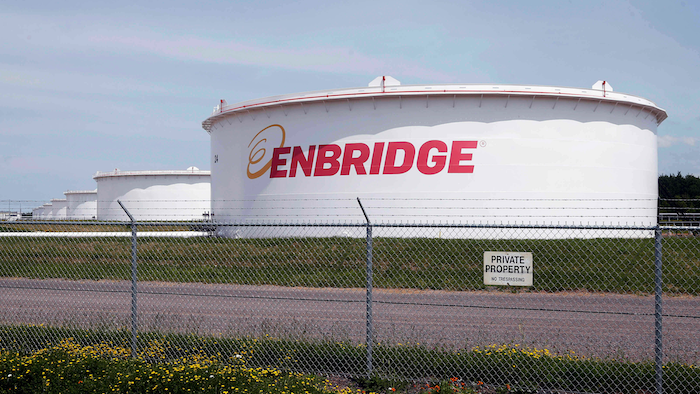 According to the Minnesota Pollution Control Agency, there were 28 releases at 12 river crossing locations from June 8 to Aug. 5. In one instance, on July 6, about 80 gallons of fluid entered the Willow River in Aitkin County.

The MPCA also says there were 13 spills into wetlands and 14 accidental releases in upland areas, although one of those flowed into a wetland.

The agency disclosed details about the releases on Monday in a letter to Democratic state lawmakers who had requested the information, Minnesota Public Radio reported Tuesday.

Drilling fluid is used as a lubricant. It’s made mostly of bentonite clay and water, and is not considered toxic, but can impact aquatic life.

The agency said Enbridge's permit does not authorize the release of drilling fluid to wetlands or rivers. It says the releases are under investigation as potential violations.

Enbridge said in a statement that the drilling mud was quickly contained and cleaned up in the vast majority of instances under the supervision of trained environmental inspectors and independent monitors, and that the spills were reported to state regulators.

Line 3 construction across northern Minnesota is more than 80% complete and remains on pace to finish in the fourth quarter, the company said.

Enbridge said its practice of horizontal directional drilling is the preferred construction method for pipelines crossing under bodies of water, and that it actually protects waterbodies from disturbance. Drilling operations are immediately shut down when spills occur and state regulators are notified, it said.