There were several major repairs that needed to be done as soon as possible. 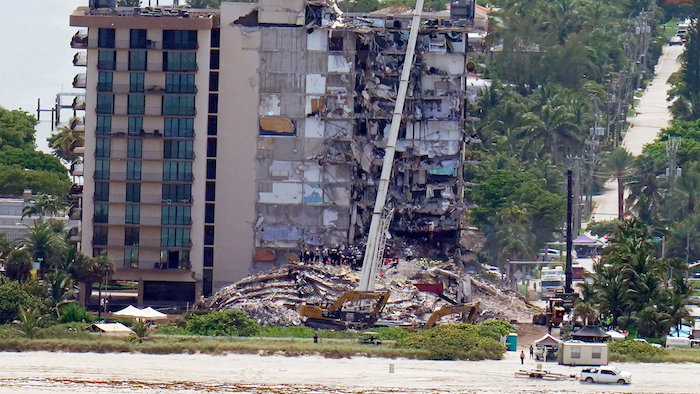 Owners of units in a Florida oceanfront condo building that collapsed with deadly consequences were just days away from a deadline to start making steep payments toward more than $9 million in major repairs that had been recommended nearly three years earlier.

That cost estimate, from the Morabito Consultants engineering firm in 2018, meant owners at Champlain Towers South were facing payments of anywhere from $80,000 for a one-bedroom unit to $330,000 or so for a penthouse, to be paid all at once or in installments. Their first deadline was July 1.

One resident whose apartment was spared, Adalberto Aguero, had just taken out a loan to cover his $80,000 bill.

“I figured I would pay it off after they fixed the building. I didn’t want to pay it off before because you never know,” said Aguero, adding that he pulled paperwork to make the installment payments a day after Thursday’s collapse. “I said cancel everything.”

An itemized bill sent by the condo board in April to owners of the building's 136 units showed that much of the planned work was in the pool area and the façade. Installing new pavers and waterproofing the pool deck and building entrance would cost $1.8 million, with another $1 million going to “structural repairs” and “planter landscaping,” according to a condo board email obtained by The Associated Press. A line item of “miscellaneous repairs” that included work on the garage was estimated to cost $280,000.

Total costs assessed, including many items that appeared to be for aesthetic purpose: $15 million. 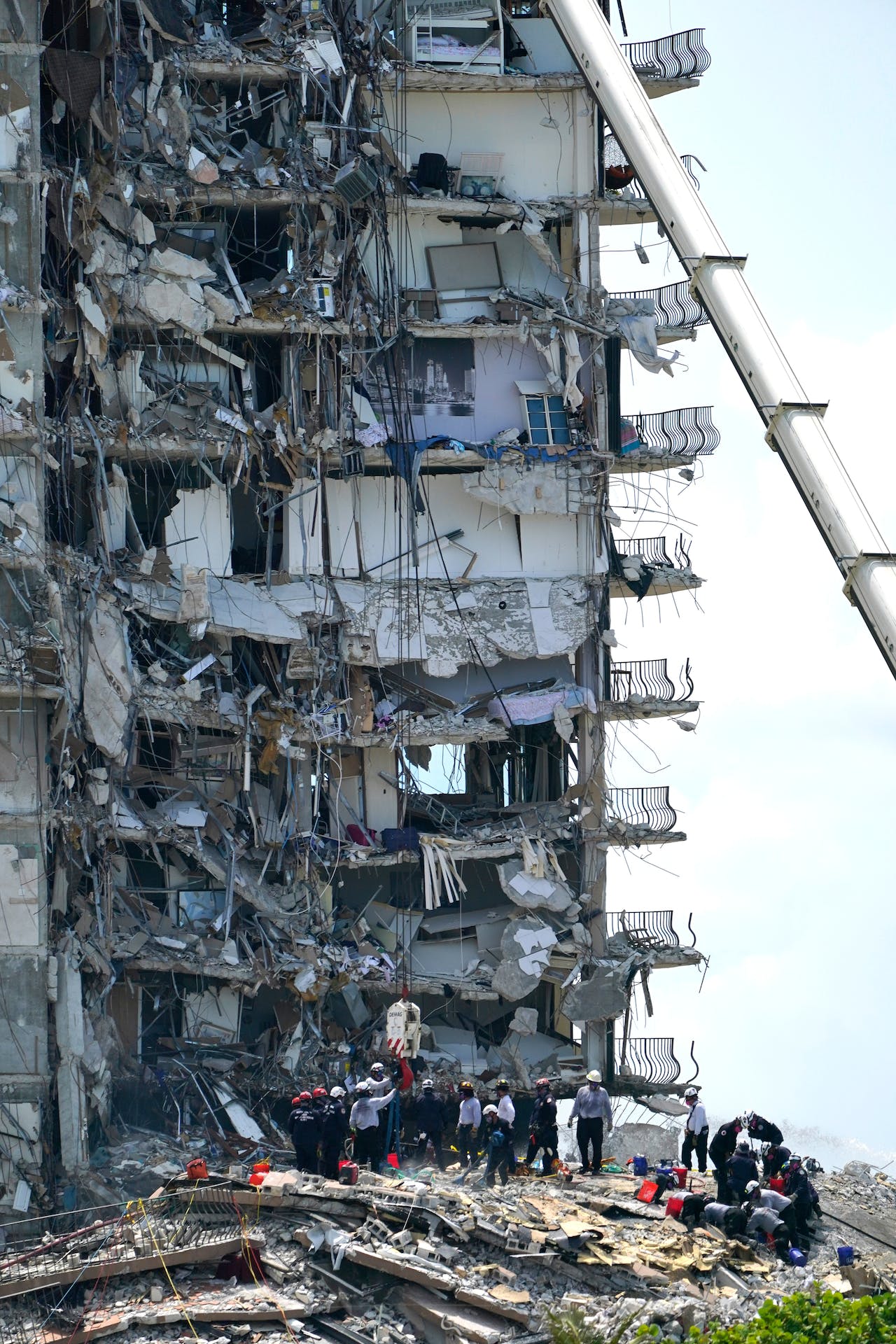 Engineers and construction experts say the Morabito documents that focused just on the structural work make clear there were several major repairs that needed to be done as soon as possible. Other than some roof repairs, that work had not begun, officials said.

The cost estimate emailed by Morabito Consultants to Surfside officials was among a series of documents released as rescue efforts continued at the site of the collapsed building, where more than 150 people remained unaccounted for. At least nine people were killed in the collapse, authorities said Sunday.

Another 2018 Morabito report submitted to the city said waterproofing under the pool deck had failed and had been improperly laid flat instead of sloped, preventing water from draining off.

The firm recommended that the damaged slabs be replaced in what would be a major repair. 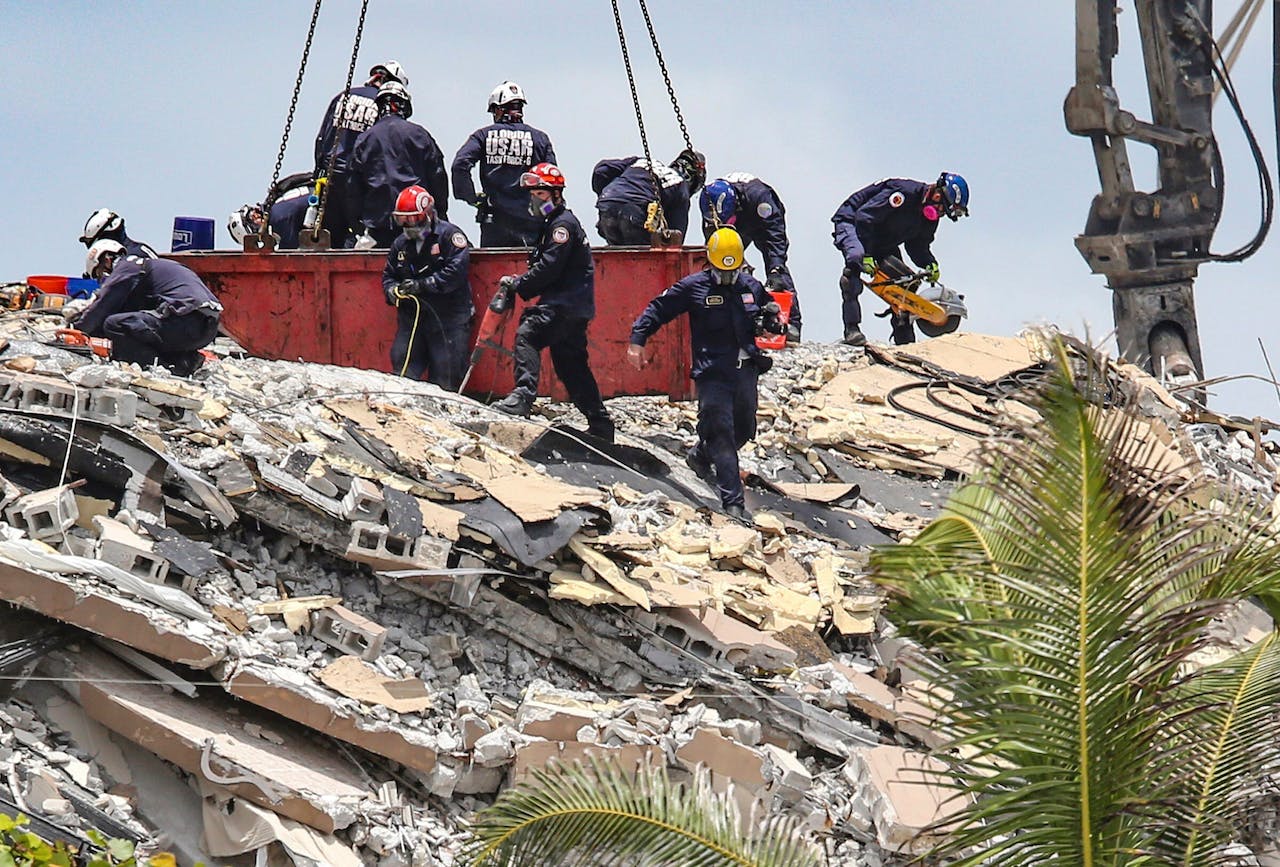 That came as news to Susana Alvarez, who lived on the 10th floor of the doomed tower and said a Surfside official assured residents in a 2018 meeting that there was no danger. It wasn't clear who that official was.

“The Town of Surfside told us the building was not in bad shape. That is what they said,” Alvarez said on National Public Radio's Weekend Edition program. “No one ever told us that building was in such bad shape.”

A daughter of Claudio Bonnefoy, a resident from Chile who is missing, said it appears that someone ignored key signals the building was in danger.

“This is starting to make me angry because reports from years ago reporting serious structural damage to the building are little by little being known,” said the daughter, Pascale Bonnefoy. "It seems this was predictable because the technicians alerted (others about it) and nobody did anything.”

The Morabito firm said in a statement that it was hired in June 2020 by Champlain Towers South to begin the 40-year recertification process required of all buildings in Miami-Dade County that reach that age. The Champlain building was constructed in 1981.

“At the time of the building collapse, roof repairs were under way, but concrete restoration had not yet begun,” the statement said.

A new batch of emails from building officials and condo board members that were made public Sunday has added to the mystery.

In one email, a Surfside official praised the building's board for plans to start the 40-year recertification process early after attending a November 2018 meeting.

“This particular building is not due to begin their forty year until 2021 but they have decided to start the process early which I wholeheartedly endorse and wish that this trend would catch on with other properties,” said Surfside Building Official Ross Prieto.

A few months later, a board member wrote to Prieto that workers next door were digging “too close to our property, and we have concerns regarding the structure of our building.”

Prieto wrote back to monitor a nearby fence, the building's pool and adjacent areas for damage. 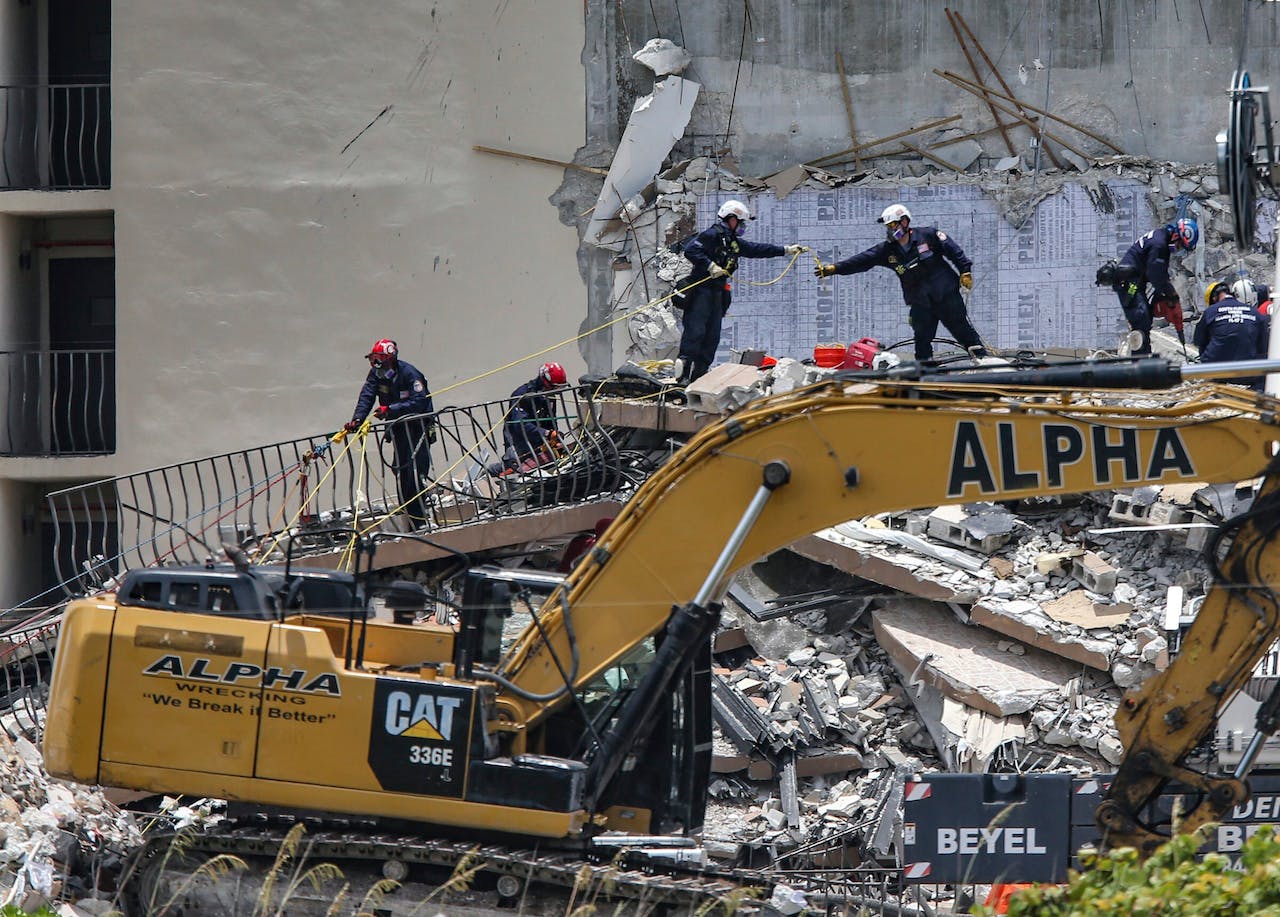 Surfside has hired Allyn Kilsheimer of KCE Structural Engineers to consult on the Champlain Towers disaster. Surfside officials say Kilsheimer has worked on numerous such cases, including the World Trade Center after the 9/11 attacks and the collapse of a pedestrian bridge at Florida International University.

Stephanie Walkup, an engineering professor at Villanova University, said it will take time to pinpoint the cause — or series of causes — that brought down Champlain Towers South.

“The ultimate cause of the collapse may have been related to design error, construction error, deterioration or other event,” Walkup said in an email.

“We all want answers and engineers will want to learn from this collapse as we have others, but we want to make sure we have the right ones,” she added.

Condo Tower Likely to Be Demolished