The first 3 million shots are being strictly rationed to front-line health workers and elder-care patients. 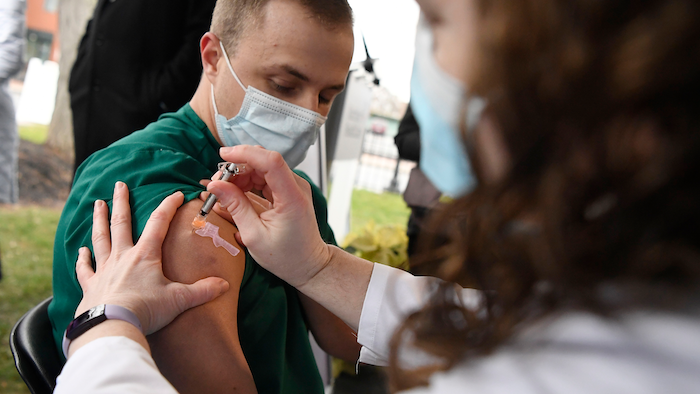 WASHINGTON (AP) — Hundreds more hospitals around the country began dispensing COVID-19 shots to their workers in a rapid expansion of the U.S. vaccination drive Tuesday, while a second vaccine moved to the cusp of government authorization.

A day after the rollout of Pfizer-BioNTech's coronavirus shots, the Food and Drug Administration said its preliminary analysis confirmed the effectiveness and safety of the vaccine developed by Moderna and the National Institutes of Health. A panel of outside experts is expected to recommend the formula on Thursday, with the FDA's green light coming soon thereafter.

The Moderna vaccine uses the same technology as Pfizer-BioNTech's and showed similarly strong protection against COVID-19 but is easier to handle because it does not need to be kept in the deep freeze at minus 94 degrees Fahrenheit (minus 70 Celsius).

Another weapon against the outbreak can't come soon enough: The number of dead in the U.S. passed a staggering 300,000 on Monday, according to Johns Hopkins University, with about 2,400 people now dying per day on average.

The devastating toll is only expected to grow in the coming weeks, fueled by travel over Christmas and New Year's, family gatherings and lax adherence to mask-wearing and other precautions.

Packed in dry ice, shipments of the Pfizer-BioNTech vaccine began arriving Tuesday at more than 400 additional hospitals and other distribution sites.

The first 3 million shots are being strictly rationed to front-line health workers and nursing home patients, with hundreds of millions more shots needed over the coming months to protect most Americans. 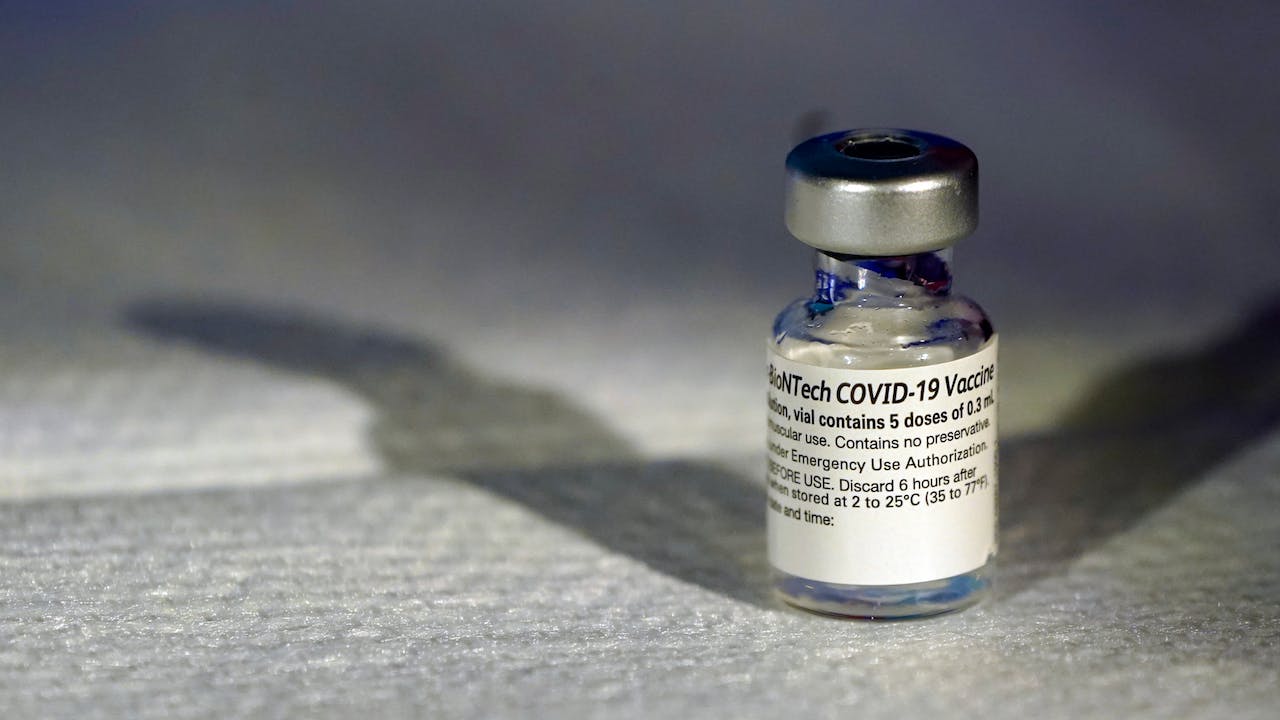 A vial of Pfizer's COVID-19 vaccine that received emergency use authorization is seen at George Washington University Hospital on Monday, Dec. 14 in Washington.AP Photo/Jacquelyn Martin, Pool

The rollout provided a measure of encouragement to exhausted doctors, nurses and other hospital staffers around the country.

Maritza Beniquez has had a front-row seat to the devastation the COVID-19 pandemic has wrought on communities of color in New Jersey, so she jumped at the chance to take the vaccine that is being hailed as a turning point in the long and grueling battle against the virus.

The 56-year-old emergency room nurse at Newark’s University Hospital became the first person in New Jersey to receive the vaccine on Tuesday. All recipients will get a second shot a few weeks later.

Widespread acceptance of the vaccine is critical to eventually protecting enough of the U.S. population to defeat the outbreak. But just half of Americans say they want to get vaccinated, while about a quarter don’t and the rest are unsure, according to a recent poll by The Associated Press-NORC Center for Public Health Research.

In Manchester, New Hampshire, intensive care unit nurse Heidi Kukla said she volunteered to get the shot first to help dispel fears about the vaccine's long-term effects and the speed with which it was developed.

“I know a lot of people have reservations about getting the vaccine,” she said after getting vaccinated at Elliot Hospital. “But I can assure you that there is absolutely nothing worse than being a patient on a ventilator in an ICU anywhere in this country right now with COVID.”

“We really need to get the country vaccinated,” he said. “It’s the right thing to do for yourself, for your family and for the country.”

Acting U.S. Defense Secretary Christopher Miller received the Pfizer vaccine at the Walter Reed National Military Medical Center in Bethesda, Maryland, on Monday. Other high-ranking Pentagon military service leaders are expected to get the vaccine as soon as next week to show that it is safe. Currently, getting the vaccine is voluntary for members of the military.

The federal government is planning hundreds more shipments through the weekend.

Shots for nursing home residents won’t start in most states until next week, when some 1,100 facilities are set to begin vaccinations. Government officials project that 20 million Americans will be able to get their first shots by the end of December, and 30 million more in January.

Elsewhere around the world, the Pfizer-BioNTech vaccine is being given in Britain and Canada. And European Union regulators moved up a meeting to assess the vaccine to Dec. 21, more than a week earlier than planned, under pressure from Germany and other countries on the continent.

In scrutinizing early results of a 30,000-person study, the FDA found that Moderna's vaccine worked just about the same as Pfizer-BioNTech's.

The Moderna vaccine was more than 94% effective overall at preventing COVID-19 illness, and 86% effective in people 65 and older. The FDA uncovered no major safety problems. Side effects can include fever, fatigue and aches as the vaccine revs up the immune system.

Even such a large study can’t detect very rare problems. But the FDA looked carefully for signs of allergic reactions after Britain last week reported some possible reactions among people with a history of severe allergies who received the Pfizer-BioNTech shot.

The FDA found no serious allergic reactions in the Moderna study. About 1.5% of vaccine recipients and 1.1% who got dummy shots reported possible smaller, “hypersensitivity” reactions.

Both Moderna’s and Pfizer-BioNTech's shots are so-called mRNA vaccines. They aren’t made with the coronavirus itself, meaning there is no chance anyone could catch it from the shots. Instead, the vaccine contains a piece of genetic code that trains the immune system to recognize the spiked protein on the surface of the virus.

This will be the largest distribution of free masks by the federal government to the public since the COVID-19 pandemic began.
Jan 20th, 2022
Follow Us
Most Recent