They all worked in the welding area of the facility. 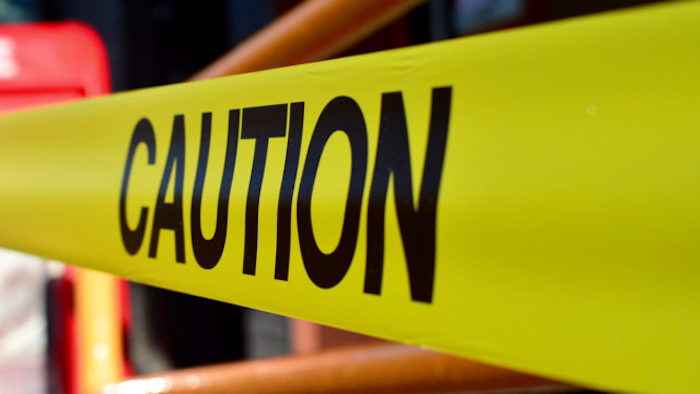 Collins, the two other men and the woman all arrived for work at about 7 a.m. Friday in the welding area of the facility, Springfield Police Chief Kenny Winslow told reporters Friday evening. They all worked in the same area, he said.

Winslow said the sheriff of nearby Morgan County called his office later Friday to say Collins' body had been found in the suspect's car. Two handguns were found in the car. No other suspects were being sought.

Winslow released Collins’ name earlier Friday but later said he would not repeat it. The names of the victims were not released, neither was the name of the female co-worker who was in critical condition at a hospital.

“Words can't explain what occurred," Winslow said Friday evening. "I know we all want answers. People want motives. I don’t have that at this time. It’s too early in the investigation.”

The bodies of the two dead employees were found by officers searching the building. The female employee was found in the parking lot and taken to a hospital. Winslow said one of the men who died was in his 60s, one was in his 20s and the woman is in her 50s.

“We’re trying to verify if anything occurred today, or if there was any kind of activity that would cause something like this,” he continued. “We are digging into the background of the suspect. We are reaching out to acquaintances and family members of him.”

Bunn-O-Matic manufactures dispensed beverage equipment, and is headquartered in Springfield, according to the company’s website.

One employee described a chaotic scene when the crack of gunfire shattered an otherwise quiet workday. Charles Bantle estimated that about half of the warehouse employees weren't working due to concerns about the coronavirus.

“I was in the maintenance shop and just heard the gunshots and everybody started running,” Bantle told The (Springfield) State Journal-Register. “And I’m in maintenance, so I figured something’s broken. So I started walking towards it, figured it was the air compressor blowing up or something, and I was going to have to go fix it. But then everyone was screaming and yelling, telling me to go the other way. So we all ran and took cover.”

Nearly 175 workers were in several buildings at the site at the time of the shootings, Winslow said. About 100 employees hurried from the main building, and police gathered them together to determine if everyone had left the facility, he said.

“We’re still trying to see exactly when he left,” Winslow said of the suspect.

Winslow said investigators are working with the federal Alcohol, Tobacco, Firearms and Explosives agency to determine whether the guns in Collins' car were obtained legally. They're also looking into how Collins was able to get a weapon into the Springfield facility.