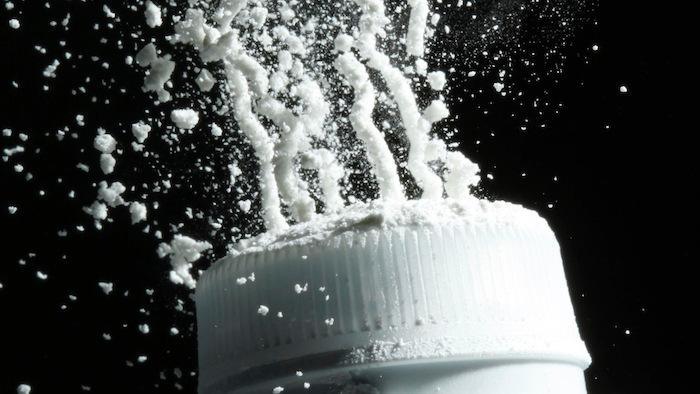 In this April 19, 2010, file photo, baby powder is squeezed from its bottle in Philadelphia. In a study released on Tuesday, Jan. 7, 2020, U.S. government researchers found no evidence linking baby powder with ovarian cancer in the largest-ever analysis of an issue that has prompted thousands of lawsuits and a recent product recall.
AP Photo/Matt Rourke, File

U.S. government-led research found no strong evidence linking baby powder with ovarian cancer in the largest analysis to look at the question.

The findings were called “overall reassuring” in an editorial published Tuesday with the study in the Journal of the American Medical Association. The analysis involving 250,000 women isn't definitive but more conclusive research probably isn't feasible because a dwindling number of women use powder for personal hygiene, the editorial said.

“This represents the best data we have on the topic,” said the study's lead author Katie O’Brien, a senior scientist at the National Institute of Environmental Health Sciences.

Health concerns about talcum powders have prompted thousands of U.S. lawsuits by women who claim asbestos in the powder caused their cancer. Talc is a mineral similar in structure to asbestos, which is known to cause cancer, and they are sometimes obtained from the same mines. The cosmetics industry in 1976 agreed to make sure its talc products do not contain detectable amounts of asbestos.

Smaller studies investigating a possible link between talcum powder and cancer have had conflicting results, though most found no connection.

The new analysis pooled results from four long-running studies involving 250,000 U.S. women, who were asked periodically about their use of powder in the genital area. About 40% said they did. During 11 years of follow-up, 2,168 women developed ovarian cancer, with roughly similar numbers in those who used powders and those who didn’t.

These kinds of observational studies cannot determine cause and effect, and O'Brien said a more rigorous study isn't likely to be done. That would require randomly assigning a large group of women to use talc powders over many years, and comparing the results with those who didn't use powders.

The researchers found hints of a potentially small increased risk for cancer for women who had never had a hysterectomy or fallopian tube-tying surgery. The American Cancer Society’s Susan Gapstur said that fits with one theory for how genital use of talc might be risky: With a pathway not blocked by surgery, powder particles could potentially travel into the fallopian tubes and ovaries and cause irritation, inflammation and DNA damage that could lead to cancer.

Those results were weak and are murky at best. Still, O'Brien said they make the overall findings “very ambiguous.”

The U.S. lawsuits have targeted leading baby powder maker Johnson & Johnson. Although several juries have reached multimillion-dollar verdicts against the company, they have been overturned or are being appealed. J&J says its powder is routinely tested to ensure there's no asbestos.

On Monday, an unusual mid-trial settlement was announced in an Oakland, California, case involving a woman who claimed asbestos in the powder caused her mesothelioma, a cancer that can affect the lungs and other organs. J&J spokeswoman Kimberly Montagnino declined to disclose terms or reasons for the agreement but said it “in no way changes our overall position that our talc is safe, is asbestos-free and does not cause cancer.”

J&J did recall a batch of baby powder in October after U.S. government testing found trace amounts of asbestos in a single bottle. The company paid for more testing by outside labs, which it said found no asbestos in the implicated baby powder bottle and other samples.

Last week, New Mexico sued the company claiming it has marketed asbestos-containing baby powder and other talc powders for decades, and has targeted black and Hispanic women and children with “false messages" about safety. J&J denies the claims.