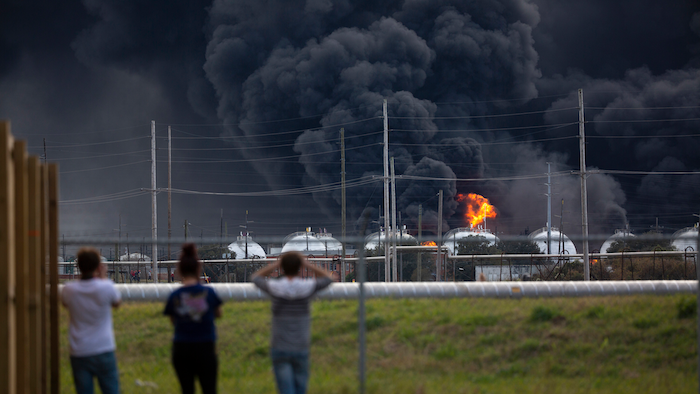 Officials lifted a voluntary evacuation order for residents in the Texas Gulf Coast city of Port Neches on Thursday, saying air levels of the chemical butadiene had dropped to safe levels. The chemical was released after two explosions at a chemical plant last week.

Here's a closer look at the chemical:

It's a colorless gas that smells mildly like gasoline that is produced by processing petroleum. Butadiene primarily is used to make rubber for car and truck tires, and in the manufacture of acrylics.

How Can I Be Exposed?

What Are the Health Effects?

It can cause dizziness, nausea and headaches and irritate the eyes, nose and throat. It also can cause cancer. Jefferson County emergency management officials said the previously elevated levels in Port Neches did not pose a serious health risk.

What Happens When It's Released?

Half of the butadiene released into the air breaks down within about six hours, and it evaporates quickly from water and soil.