Near-crashes have been reported after a software update lets customers bring their car through parking lots with no one at the wheel. 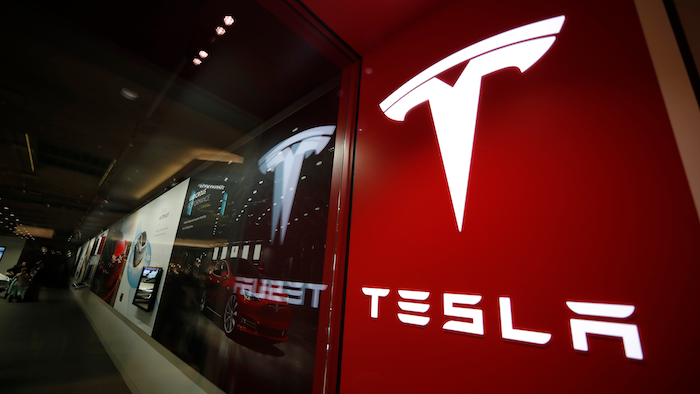 In this file photo, a sign bearing the company logo is displayed outside a Tesla store in Cherry Creek Mall in Denver. The U.S. government’s highway safety agency says it’s gathering information on reports of malfunctions with a Tesla feature that lets drivers summon their cars in parking lots.
AP Photo/David Zalubowski

WASHINGTON (AP) — The U.S. government’s highway safety agency is gathering information on reports of malfunctions with a Tesla feature that lets drivers summon their cars in parking lots. The National Highway Traffic Safety Administration stopped short of saying it had opened a formal investigation. But in a statement Thursday it said that it’s aware of the reports about “Smart Summon” and is in contact with the company.

“The agency will not hesitate to act if it finds evidence of a safety-related defect,” NHTSA said in a statement. Last week, Tesla sent out an over-the-internet software update that lets some customers allow their car to navigate through a parking lot with no one at the wheel. The feature can only be used if a driver can see their vehicle, the company’s website says.

But after the update, videos and pictures surfaced on social media about problems. Also, a promotional video on Tesla’s website shows a car without a driver going the wrong way in a parking lot.

One owner said his car ran into the side of his garage while “Smart Summon” was working, while another showed his car narrowly missing a crash with crossing traffic. Another said his car was about to hit a golf cart before he was able to stop it.

Tesla’s website cautions that drivers who use “Smart Summon” are responsible for the car and must monitor it at all times. The cars can be stopped remotely. Messages were left Thursday seeking comment from the company, which is based in Palo Alto, California.