Schools in the same area were previously shut for days after toxic waste illegally dumped into a river sickened more than 5,000 people. 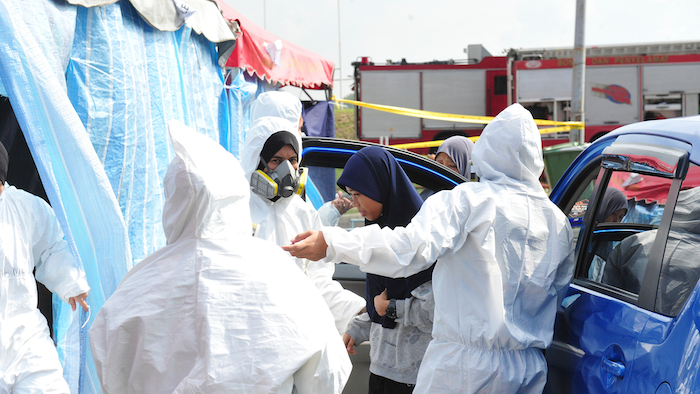 KUALA LUMPUR, Malaysia (AP) — Malaysia's government has shut more than 400 schools in a southern state after chemical pollution sickened dozens of students for the second time in three months. The education ministry ordered 111 government schools and several hundred private educational institutions in Pasir Gudang district in Johor state to close for three days starting Tuesday after many students complained of breathing difficulty and vomiting. The source of the pollution has not been identified.

Prime Minister Mahathir Mohamad said Tuesday that authorities are still trying to identify the companies behind the pollution and warned stern action will be taken. In March, schools in the same area were shut for days after toxic waste illegally dumped into a river sickened more than 5,000 people. Authorities say the waste from that event was cleaned up and the two incidents are unrelated.

Mahathir said the recurring pollution was "unfortunate." Four people, including two Singaporeans, from a tire processing factory in Johor have been charged in court over the earlier pollution incident.