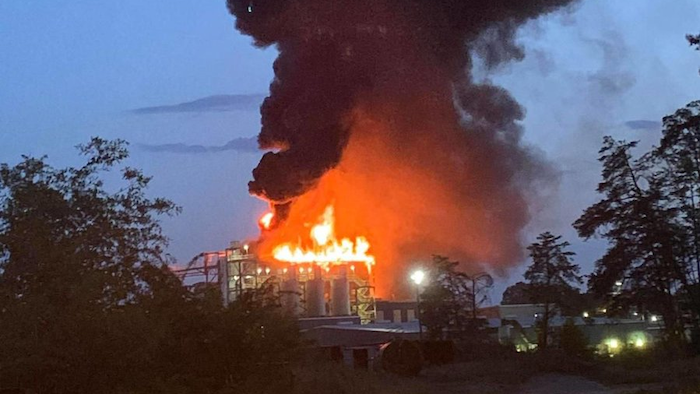 MOORESBORO, N.C. (AP) — Authorities in North Carolina say a fire at a zinc production plant in Mooresboro forced some residents to evacuate the area early Monday.

The American Zinc Products plant was still burning around 5 a.m. The fire started Sunday night at the plant, which lies near the border between North and South Carolina.

Deputies went door-to-door warning people to evacuate as the burning plant released sulfuric acid into the air, and the county says about a half-mile area has been evacuated.

Rutherford County Assistant Fire Marshal John Greenway tells news outlets that firefighters have been pulled away from the scene as their gear tested positive for hazardous materials.

He says this is a cautionary measure until officials determine what chemicals they're dealing with.