Engineers Search for Cause in Cracked Beam

It shut down a brand new $2 billion transit center in San Francisco. 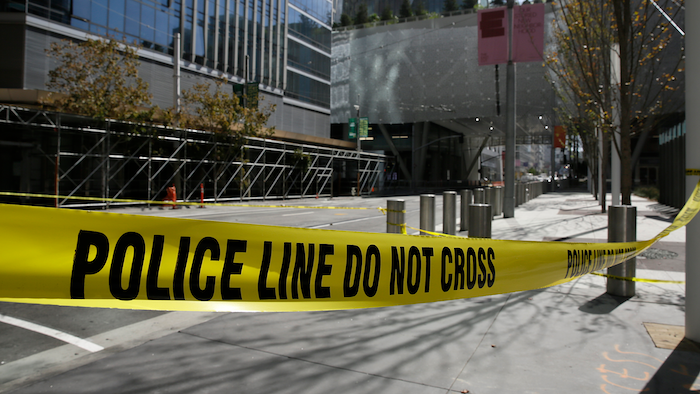 SAN FRANCISCO (AP) — San Francisco officials struggled Wednesday to find the source of unusual cracking in support beams that shut down a just-opened, $2 billion transit center meant to serve as a bold architectural statement from a wealthy, high-tech city.

The Salesforce Transit Center opened to great fanfare last month as an embodiment of San Francisco's reputation for innovation and sustainability. Its rooftop park would provide green space for people to socialize while commuters could take buses from the multistory building that spans three city blocks.

Now, the transit hub named for a cloud computing giant appears to be the latest example of problems in a city brimming with homelessness and poor infrastructure. The shutdown, which officials say will last until the facility can be declared safe, caused chaos during Tuesday's evening rush hour.

Enveloped in wavy white sheets of metal veil, the five-level center with a towering sky-lit central entrance hall sits in the South of Market neighborhood, where construction is booming. It's adjacent to the so-called sinking condominium, Millennium Tower, which has settled about 18 inches (45 centimeters) since it opened over a former landfill in 2009.

Officials and construction experts say the transit center's two cracked beams are not tied to the condo woes, though some homeowners have sued the developer and city alleging construction of the transit facility caused the Millennium Tower to sink. 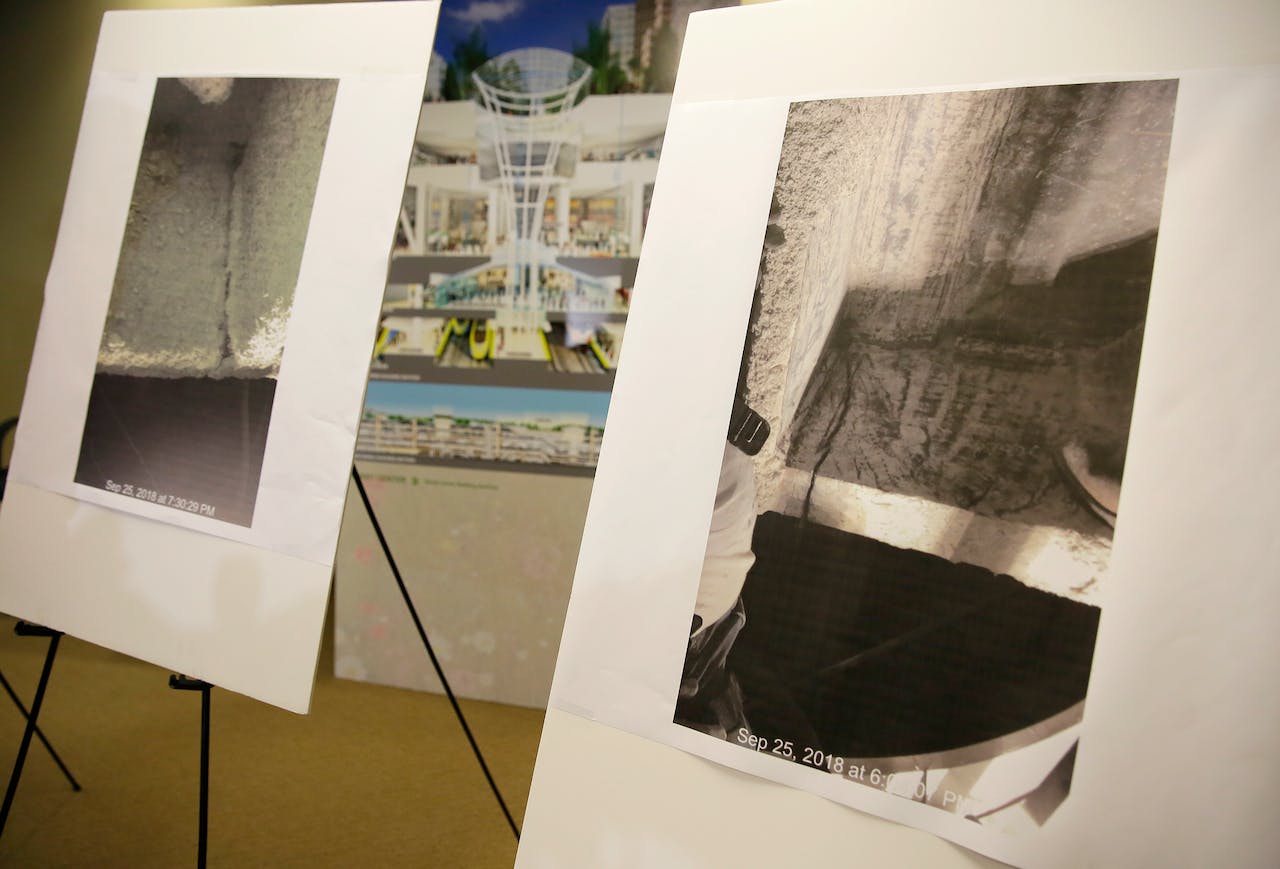 Photographs showing a cracked steel beam found in the Salesforce Transit Center are displayed during a news conference Wednesday, Sept. 26, 2018, in San Francisco. A second beam in San Francisco's celebrated new $2 billion transit terminal shows signs of cracking, an official said Wednesday, a day after a crack in a nearby support beam shut down the building that opened just last month. The first crack found by workers installing roof tiles Tuesday spans a beam holding up a park over the three-block-long facility and runs over a downtown street, Salesforce Transit Center Zabaneh said.AP Photo/Eric Risberg

Workers installing roof tiles Tuesday morning found the first crack, about 2½ feet long and 4 inches deep, on a steel beam holding up the transit center's rooftop park. A second, smaller crack was found later that day on a parallel beam.

He said their first priority is to shore up the beams so the facility can reopen while engineers search for a permanent fix. He said he expects the center to remain closed at least through the end of next week.

"We're working hard to rectify the situation," Zabaneh said. "We're very disappointed with what happened; we will get to the bottom of this."

He said the steel came from Stockton-based Herrick Corp. The beams looked fine when they were installed in January 2016. The problem could be in the fabrication, installation or design of the beams, Zabeneh said.

Engineer David Friedman said it's likely the beams arrived without cracks but that once the weight of the roof garden and other structures were added, "new stresses may have exacerbated the possible fabrication flaws."

"If that's the case, it's likely welding caused the problem," he said.

Mayor London Breed said in a statement that the building's role in the broader transportation system was too important "not to act quickly to have definitive answers for the public, and someone needs to be held accountable once the cause is determined."

Buses have been rerouted to a temporary transit center about two blocks away that was used during the center's construction. A downtown street that runs under the beam also was ordered closed indefinitely, causing a commuting nightmare.

Julianna Cheng, who lives in the neighborhood, burst out laughing when asked about the cracking.

"I find it disappointing but also kind of amusing because they built this really big, they spent a lot of money," said Cheng, 32. "I feel like the money should have been used for a lot of other things."

Earlier this year, San Francisco's transit agency disclosed that a contractor had installed about 3 miles (5 kilometers) of the wrong grade of rail for its new $1.6 billion subway spur. Several problem trains and buses marred a City Hall celebration of transit week Monday.

The transit terminal, coined the "Grand Central of the West," opened after nearly a decade under construction. It is expected to accommodate 100,000 passengers each weekday and up to 45 million people a year.

Numerous towering condo buildings have gone up in the booming South of Market neighborhood and several multistory construction projects are underway. Officials voted in 2012 to scrap building-height restrictions to encourage growth near the transit hub as San Francisco looks to lure technology companies from Silicon Valley.

Salesforce, which opened its adjacent 61-story Salesforce Tower earlier this year, bought naming rights to the transit center in 2017 as part of a 25-year, $110 million sponsorship agreement.