The agreement represents a major win for hundreds of workers who have been getting sick for years while cleaning up the Hanford Nuclear Reservation. 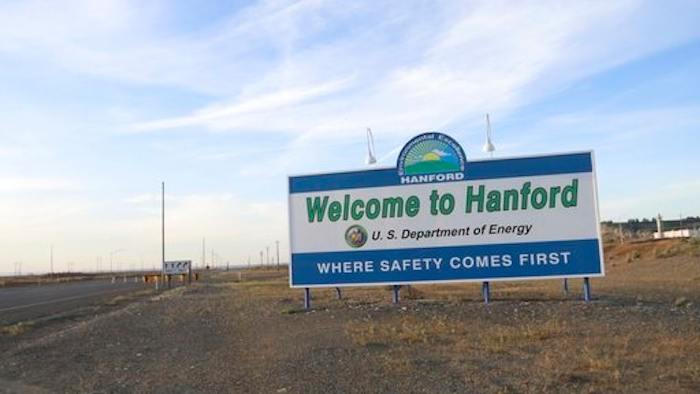 SEATTLE (AP) — The U.S. government will test and implement a new system to capture and destroy dangerous vapors released at the nation's most polluted nuclear weapons production site as part of a settlement agreement reached Wednesday.

Washington Attorney General Bob Ferguson told reporters that the agreement represents a major win for hundreds of workers who have been getting sick for years while cleaning up the nation's nuclear waste at the Hanford Nuclear Reservation in eastern Washington.

"Those workers deserve to be protected," Ferguson said.

He added that the U.S. Department of Energy did not take the issue seriously and resisted putting protections in place.

"There's no way to sugar coat this," Ferguson said.

The Energy Department will for the first time test a new technology that Ferguson called "game-changing" that would protect workers from the vapor exposures.

Under the agreement, the agency will pay $925,000 in fees and costs to the state and Hanford Challenge, a watchdog group that has for decades been warning about worker safety. The agency will also install a new vapor monitoring and alarm system and maintain safety measures that are currently in place, including supplying air and respirators.

The Department of Energy said in an emailed statement that the agreement "acknowledges the extensive actions" that the agency, and its contractor, Washington River Protection Solutions LLC, have taken to protect workers from potential exposure to chemical vapors.

The agency said they continue to "take a very conservative approach to protecting workers from potential exposures to chemical vapors" and that agreement reinforces the ongoing effort.

The state, Hanford Challenge and the pipefitters union Local 598 sued the Energy Department in 2015 and its contractor for tank farms containing nuclear waste, seeking better protection for workers at risk of inhaling vapors or gases that leaked from underground storage tanks.

The agreement puts that federal lawsuit on hold while the Energy Department tests and implements a new system to capture and destroy vapors escaping waste tanks. Ferguson said if the federal agency doesn't meet its obligations, legal action could resume.

"Hearing and documenting dozens of stories of sick workers was heartbreaking," said Meredith Crafton, a lawyer representing Hanford Challenge, whose voice broke as she spoke to reporters.

The 586-square-mile (943-square-kilometer) Hanford nuclear site located along the Columbia River in Eastern Washington state produced up to 70 percent of the plutonium for the U.S. nuclear arsenal since it was established in World War II.

Hanford has 177 underground tanks made of steel that contain more that 54 million gallons (204 million liters) of radioactive and chemical wastes.

Ferguson said studies over the last 20 years, including by the Energy Department and other government agencies, have shown workers falling ill after being exposed to the vapors. They've experienced dizziness, nausea and other issues.