Several companies, including Johnson & Johnson, are facing lawsuits related to the alleged presence of asbestos in baby powders. 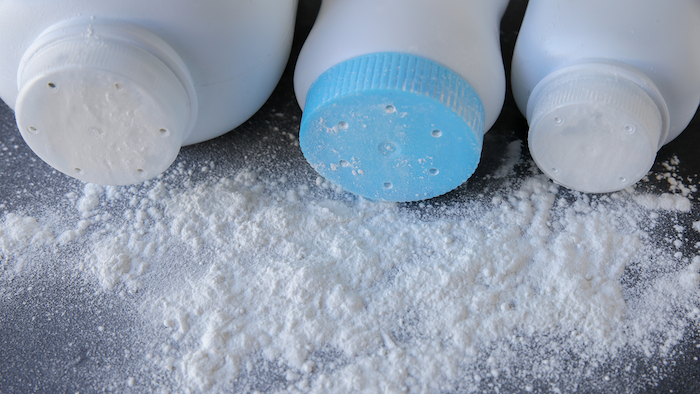 LOS ANGELES (AP) — A settlement has been reached between Colgate-Palmolive and a Southern California man who claimed in a lawsuit that he developed cancer by using the company's talc-based baby powder. City News Service reports no terms were divulged in the deal announced Monday as the two sides prepared to go to trial.

Paul Garcia suffers from mesothelioma, a lung cancer linked to asbestos exposure. Garcia claimed it was caused by inhaling asbestos fibers present in baby powder made by one of Colgate-Palmolive's predecessor firms, Mennen. The 67-year-old Garcia said Colgate-Palmolive and Mennen failed to adequately warn consumers that its powder contains asbestos and could cause cancer — charges the company denied.

Several companies, including Johnson & Johnson, are facing lawsuits related to the alleged presence of asbestos particles in baby powders.