"I'm glad (NHTSA is) looking into these fires but they need to pick up the pace," said one lawmaker. 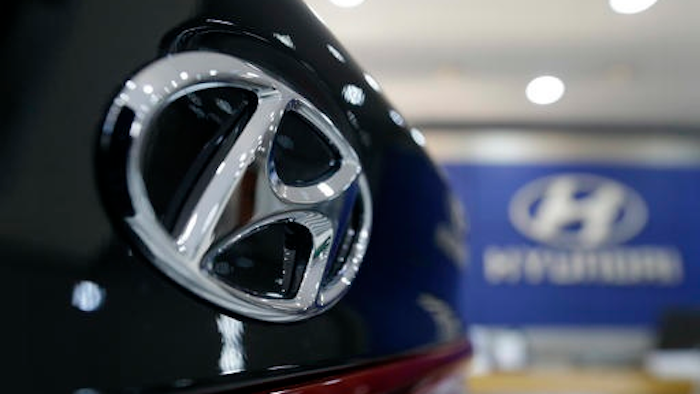 DETROIT (AP) — Federal safety investigators have expanded probes into Hyundai and Kia engine failures to include complaints about fires in the automakers' vehicles.

The National Highway Traffic Safety Administration says in a letter to Sen. Bill Nelson of Florida that it has 402 fire complaints with and without collisions.

Nelson and the nonprofit Center for Auto Safety had asked if the agency was investigating the fires.

Deputy Administrator Heidi King told Nelson in a letter released Wednesday that the agency has included non-collision fires in the engine failure probes. She wrote that many who complained of engine failures also reported fires.

In May of 2017 the government began investigating whether the automakers moved quickly enough to recall over 1.6 million vehicles because of engines stalling.

Messages were left seeking comment from the automakers. Last year the companies said they were cooperating with the investigation.

In a statement, Hyundai said if the company and NHTSA find that more repairs are needed for the vehicles, "we will take action to ensure the safety of our customers." The company said it has a robust system in place to monitor vehicle fires that includes reporting them to NHTSA as required. If the cause is a product issue, then Hyundai will do a recall as it has in the past, the statement said.

A message was left Wednesday for a Kia spokesman.

It wasn't clear how many fires happened without collisions. Nelson wrote King earlier this month saying that his staff had found at least 23 reports of spontaneous fires in Hyundai and Kia vehicles since 2014 in Florida alone. The Center for Auto Safety found 120 fire complaints that didn't involve crashes.

Nelson cited news reports of drivers having to flee vehicles before they became engulfed in flames.

"I'm glad they're looking into these fires but they need to pick up the pace," Nelson said in a statement. He plans to ask NHTSA to brief lawmakers on the investigation timeline and whether they'll take further action.

NHTSA is looking into three recalls by the related Korean brands, and it's also investigating whether the automakers followed safety reporting requirements.

Hyundai recalled about 470,000 vehicles in September of 2015 because manufacturing debris can restrict oil flow to connecting rod bearings. That can cause bearings in four-cylinder engines to wear and fail. The repair is an expensive engine block replacement.

If the agency finds that the companies moved too slowly to recall vehicles, then it can issue fines or order additional recalls.

NHTSA, in documents posted last year, said Hyundai limited vehicles in the 2015 recall to a group manufactured prior to April 12, 2012. The company said it solved the manufacturing problem after that date.

Kia said at the time of the 2015 recall that its 2.4-liter and 2-liter "Theta II" engines that were the same design as Hyundai's were not recalled then because they didn't have the same issue.

Then both companies issued more recalls 18 months later for the same problem, including models the automakers originally said weren't affected, investigators wrote in documents posted on the agency's website.

The documents at the time didn't list any crashes or injuries.