One person said, 'Americans are stupid. That's why we have rules.'

WASHINGTON (AP) — Environmental Protection Agency chief Scott Pruitt has met with families of two men whose deaths were linked to a toxic compound in a widely sold paint stripper, weeks after lawmakers pressed him about an Obama-era rule that would limit sales to consumers.

Kathy Davis, the grandmother of a 21-year-old Nashville man who died in April 2017 after using a paint stripper containing methylene chloride, urged Pruitt to rethink his moves to roll back regulations.

"Americans are stupid. That's why we have rules. That's why we're told to wear seatbelts," Davis told the EPA administrator, according to her daughter, Wendy Hartley, who also was in the half-hour meeting Tuesday at EPA headquarters.

The Obama administration proposed a rule designed to keep paint strippers containing methylene chloride off the shelves of hardware and home-improvement stores for use by do-it-yourselfers. Exposure at close range can overcome and kill users, the EPA has acknowledged.

EPA spokesman Jahan Wilcox said in a statement Wednesday that the agency was considering public comments on the proposed rule, meant to limit sales of methylene chloride to businesses with the training and equipment to handle it safely.

In 2017, the American Chemistry Council trade group said it supported "reasonable and efficient" regulation of the compound. The council, which helps oversee chemical-safety regulation at the EPA, did not immediately respond to an email asking if it supported the pending rule.

Pruitt has been one of the most successful members of the Trump administration in rolling back government regulation.

At a congressional hearing last month, Rep. Frank Pallone, a New Jersey Democrat, appeared with the brother of a 31-year-old South Carolina man, Drew Wynne, who died while stripping paint from the concrete floor of his cold-brew coffee warehouse.

"You have the power to finalize the ban of methylene chloride now and prevent more deaths, but you haven't done it," Pallone told Pruitt at the hearing. "Do you have anything to say to these families at this point?"

Pruitt told Pallone that the EPA still was considering whether to adopt the new rule.

The Environmental Defense Fund arranged Tuesday's meeting between Pruitt and the families. It was also attended by Nancy Beck, a former executive at the American Chemistry Council.

At the families' urging, Pruitt looked at photos of men whose deaths in 2017 were linked to paint strippers, and at the current warning labels on cans of paint stripper with methylene chloride, said Brian Wynne, brother of Drew.

At one point, Wynne said he asked Pruitt if he thought it was a problem. And he said, "I do,'" according to Wynne.

Pruitt didn't indicate that any action on the rule was coming soon, the families said.

"I don't think we swayed him," said Hartley, 36, whose son, Kevin, was found last April collapsed over a bathtub he was refinishing for his family's business. 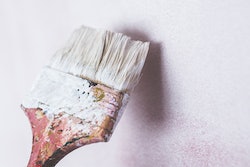 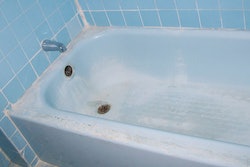 EPA Bans Consumer Use of Chemical 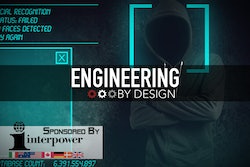