Report Says Thousands Die Too Early Due to Nitrogen Dioxide

Almost 6,000 people died prematurely in 2014 from illnesses that are known to be caused or aggravated by nitrogen dioxide. 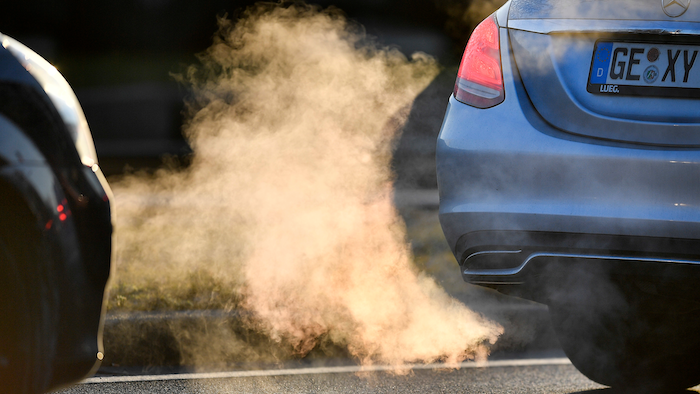 In this Feb. 27, 2018 file photo commuters drive in their cars to work in Gelsenkirchen, Germany. Thousands of people die prematurely each year in Germany from the harmful effects of nitrogen dioxide, a gas that’s produced by diesel engines, according to a government-sponsored report published Thursday March 8, 2018.
AP Photo/Martin Meissner

BERLIN (AP) — Thousands of people die prematurely each year in Germany from the harmful effects of nitrogen dioxide, a gas that's produced by diesel engines, according to a government-sponsored report published Thursday.

The study commissioned by the Federal Office for the Environment concluded that almost 6,000 people died prematurely in 2014 from illnesses that are known to be caused or aggravated by nitrogen dioxide, or NO2.

The study, conducted by the publicly funded Helmholtz Center Munich and private company IVU Umwelt GmbH, used widely accepted statistical models to determine how many deaths could be attributed to NO2.

It compared deaths from diabetes, asthma and other diseases with emissions records in cities and the countryside.

The 172-page report was published a week after a German court ruled that cities can ban the use of diesel cars as part of measures to improve air quality.

"This study shows how much nitrogen dioxide harms health in Germany," the head of the Federal Office for the Environment, Maria Krautzberger, said. "We should do everything to make our air clean and healthy."

The report found that the number of deaths fell from a peak of 8,157 in 2008, in line with a gradual decline in NO2 emissions in Germany.

It took a conservative approach, only examining diseases that have a well-established link with NO2 and excluding the impact in areas where emissions are below 10 micrograms per cubic meter.

Still, it found the disease burden was up to 50 percent higher in areas with significant NO2 levels than in those areas where emissions were below the study threshold.

The study also calculated what's called the "years lost" as a result of elevated emissions, resulting in a figure of 49,726 fewer years of life for the population across Germany in 2014.

It took firefighters almost four hours to extinguish the fire.
Jul 27th, 2021
Follow Us
Most Recent