TEHRAN, Iran (AP) — Iranian media say a fire that broke out at a paper mill has injured 31 workers in southern Iran.

Saturday's state TV report says 11 workers were taken to local hospitals and 20 received on-site treatment as their injuries were not severe.

The report said firefighters are still trying to put out the fire in the town of Khorambid, some 700 kilometers (435 miles) south of the capital Tehran.

It did not elaborate on the cause of the fire.

Iran's aging plants, hard hit by years of Western sanctions, suffer occasional accidents, including fires. Many incidents have also been blamed on disregard of safety measures.

On Wednesday a fire at a bitumen storage facility in southern Iran killed three workers and injured two others. 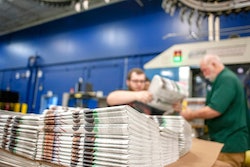