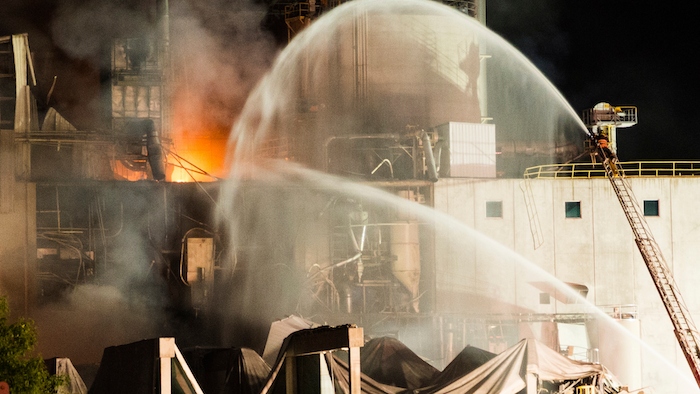 In this photo provided by Jeff Lange, firefighters work at the scene following an explosion and fire at the Didion Milling plant in Cambria, Wis., Thursday, June 1, 2017.
Jeff Lange via AP

According to the Milwaukee Journal Sentinel, the body of a third worker was pulled from the rubble on Friday at Didion Milling Plant in Cambria, WI.

The corn mill, located in southern Wisconsin, exploded on Wednesday night. Most of the plant was leveled in the explosion, and 16 people were inside at the time.

The company had been cited for previous safety violations, but according to the Journal Sentinel, company executives stated that the violations had been corrected years ago.

The explosion cause remains under investigation.