Debris left from manufacturing can reportedly cause the engines to fail, increasing the risk of a crash. 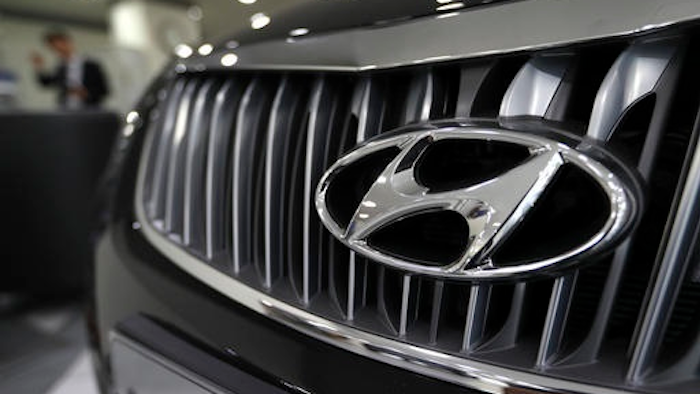 DETROIT (AP) — Hyundai and Kia are recalling 1.4 million cars and SUVs in the U.S., Canada and South Korea because the engines can fail and stall, increasing the risk of a crash.

The South Korean recall includes Hyundai's Grandeur and Sonata sedans and Kia's K5, K7 and Sportage with engines produced from 2009 to 2013.

All have either 2-Liter or 2.4-Liter gasoline engines. The U.S. engines were made at the Hyundai's engine plant in Alabama.

The companies say in documents posted Friday by the U.S. National Highway Traffic Safety Administration that debris left from manufacturing can restrict oil flow to connecting rod bearings. Since they are cooled by oil, the restriction can increase temperatures and cause the bearings to wear and fail, and the engines could stall.

Owners will hear a knocking sound from the engine that increases in frequency as the engine speed rises. They also could get engine warning lights on their dashboard, Hyundai spokesman Jim Trainor said. Those with problems should contact their dealers.

Hyundai and Kia will notify owners and dealers will inspect the engines. They'll replace the block if needed at no cost to owners. The recall is scheduled to start on May 19.

Trainor said the company has no reports of any crashes or injuries.

The U.S. recall is the second in the past two years for the same engine problem. In September of 2015, Hyundai recalled 470,000 Sonata sedans from the 2011 and 2012 model years with the same engines.

Kia documents posted Friday by U.S. regulators show the company at first didn't think the problem affected its engines because warranty claims and field reports were low. But claims started growing and by May 2016 the company extended warranties on the engines. Eventually it decided to do a recall because of the potential safety problem.