The plea deal resolved a long criminal investigation into a nationwide salmonella outbreak blamed on tainted peanut butter that sickened at least 625 people in 47 states. 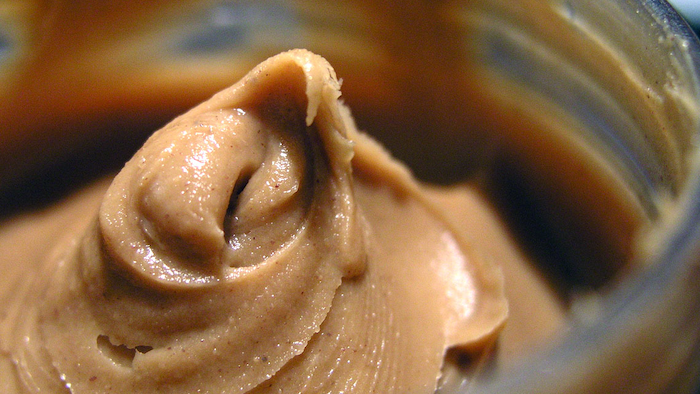 ALBANY, Ga. (AP) — A decade after hundreds of Americans got sick from eating Peter Pan peanut butter contaminated with salmonella, the company that sold it paid with an embarrassing courtroom guilty plea and an agreement to pay the largest criminal fine ever in a U.S. food safety case.

The president of a ConAgra subsidiary entered a guilty plea on behalf of his company Tuesday to a single misdemeanor count of shipping adulterated food. A U.S. District Court judge then approved a deal ConAgra reached with prosecutors to pay an $8 million fine plus $3.2 million in cash forfeitures.

"Obviously they're able to absorb an $11 million penalty much more than a smaller company," said Bill Marler, a Seattle-based attorney who specializes in food safety cases. "But it still sends a pretty significant message."

The plea deal resolved a long criminal investigation into a nationwide salmonella outbreak blamed on tainted peanut butter that sickened at least 625 people in 47 states.

Disease detectives traced the salmonella to a plant in rural Sylvester, Georgia, that produced peanut butter for ConAgra under the Peter Pan label and the Great Value brand sold at Walmart. In 2007, the company recalled all the peanut butter it had sold since 2004. By then, most of it had been eaten.

Leo Knowles, president of ConAgra Grocery Products, offered no testimony as he entered the misdemeanor plea on behalf of the Chicago-based corporation's subsidiary.

"It made a lot of people sick," prosecutor Graham Thorpe said as he described ConAgra's decision to continue shipments from the Georgia plant in late 2006 despite lab tests that had twice detected salmonella.

"The industry has taken notice of this prosecution," Thorpe said.

The fine represents just one tenth of one percent of ConAgra's current $8 billion market capitalization. The company also will pay $3.2 million in cash forfeitures to the federal government.

U.S. District Court Judge W. Louis Sands waited more than 18 months after ConAgra agreed to the plea deal so that victims could be contacted before he approved the settlement.

The case began in 2006, as doctors around the country reported severe gastrointestinal illnesses caused by salmonella. The Centers for Disease Control and Prevention and state health officials traced the common factor — peanut butter — outbreak to the plant in rural Georgia.

In February 2007, ConAgra recalled its previous three years of peanut butter production, and Peter Pan vanished from store shelves for about six months. Despite the widespread illnesses, no deaths were ever confirmed to be caused by the salmonella outbreak.

"The company has behaved in a model way, as a model corporate citizen, ever since that time," Douglas Fellman, an attorney for ConAgra, told the judge. "Since that time, we have an unblemished record. Peter Pan peanut butter is wholesome and it's safe."

ConAgra said it didn't know peanut butter was contaminated with salmonella before it was shipped. However, the plea agreement documents noted that ConAgra knew peanut butter made in Georgia had twice tested positive for salmonella in 2004.

ConAgra officials blamed moisture from a leaky roof and a malfunctioning sprinkler system for helping salmonella bacteria grow on raw peanuts. The company spent $275 million on upgrades and adopted new testing procedures to screen for contaminants.

The $3.2 million in forfeitures relates to the tainted products, which by federal law must be surrendered to the government. Since ConAgra dispensed with the recalled peanut butter nearly a decade ago, prosecutors asked for cash instead.

None of the criminal penalties goes to victims. The judge said more than 150 people had filed paperwork seeking financial restitution, but none could prove they were sickened by salmonella caused by eating the recalled peanut butter.

Three women made their case to the judge, testifying they suffered severe gastrointestinal illness after eating from jars of Peter Pan in late 2006, and suffered from lingering health problems a decade later. The judge said he was sympathetic, but awarded them no money.

"This to me is an injustice done all over again, especially after 10 years of waiting for justice," said Mona McCombs of Bloomington, Indiana.

McCombs testified that she and several relatives, including her elderly mother, became extremely sick after eating Peter Pan just before Christmas in 2006. She blames ConAgra for her mother's death three months later, but none of them were tested while sick by a doctor for salmonella to prove it.

The judge noted that others had already received cash from ConAgra in civil settlements, which he said totaled $36 million to 6,810 people.