The cognitive load required to hold a conversation is the distraction, not holding a phone. 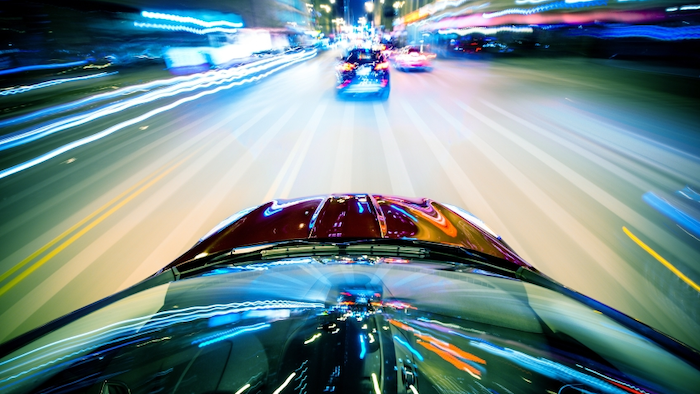 Talking hands-free on a mobile phone while driving is just as distracting as a conversation using a hand-held phone, despite one being illegal and the other not, a QUT road safety study has found.

As part of the study, Dr Haque measured the effects of mobile phone distraction on safety including reaction time and driving performance in the CARRS-Q Advanced Driving Simulator. "We took a group of drivers and exposed them to a virtual road network which included a pedestrian entering the driver's peripheral vision from a footpath and walking across a pedestrian crossing," Dr Haque said.

"We then monitored the driver's performance and reaction times during hands-free and hand-held phone conversations and without. The reaction time of drivers participating in either a hand-held or hands-free conversation was more than 40 per cent longer than those not using a phone. In real terms this equates to a delayed response distance of about 11m for a vehicle travelling at 40km/h.

"This shows hands-free and hand-held phone conversations while driving have similar detrimental effects in responding to a very common peripheral event of a pedestrian entering a crossing from the footpath."

"In other words the human brain compensates for receiving increased information from a mobile phone conversation by not sending some visual information to the working memory, leading to a tendency to 'look at' but not 'see' objects by distracted drivers.The distraction of a mobile phone conversation is not the same as an in-car conversation with a passenger because the non-driver can alter their dialogue based on the driving environment, for example stop talking when approaching a complex driving situation."

Dr Haque said the distraction of mobile phone use also had an impact on driver braking behavior. "Distracted drivers on average reduced the speed of their vehicle faster and more abruptly than non-distracted drivers, exhibiting excess braking," he said.

"While the driver is likely to be compensating for the perceived risk of talking and driving, the abrupt or excessive braking by distracted drivers poses a safety concern to following vehicles. Again these findings highlight a need to consider mobile phone use laws in response to interventions to reduce rear-end crashes."

Why Americans Are Still Dying in Cars