The unusual move by the National Highway Traffic Safety Administration buys time for an outside company hired by GM to do long-term tests of Takata air bag inflators. 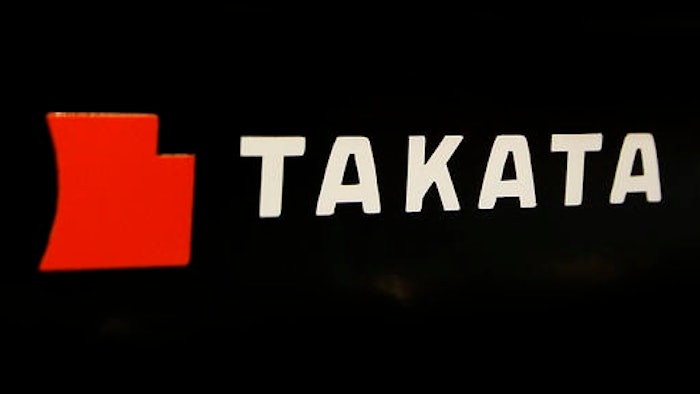 DETROIT (AP) — U.S. auto safety regulators are allowing General Motors to delay a large recall of potentially defective air bags, giving the company time to prove that the devices are safe and to possibly avoid a huge financial hit.

The unusual move by the National Highway Traffic Safety Administration buys time for an outside company hired by GM to do long-term tests of Takata air bag inflators in older trucks and SUVs including GM's top-selling vehicle, the Chevrolet Silverado pickup.

GM reluctantly agreed to recall 2.5 million vehicles in May to replace Takata front passenger inflators. But the company said at the time its inflators are unique and safer than those linked to 11 deaths in the U.S. and as many as 16 worldwide.

The company petitioned for the delay last week and the government agreed on Monday. The decision delays the recall until Aug. 31, 2017. If GM can prove to NHTSA that the inflators are safe by that time, the recall could be canceled.

The recall covered the Silverado, GMC Sierra pickup and many popular full-size SUVs from the 2007 to 2011 model years. Some of the trucks are now older than the minimum six years that it takes for Takata inflators to deteriorate and become risky. But GM contends its tests so far show that they are safe for at least 3 ½ more years.

The testing could help GM fend off several recalls totaling 6.8 million trucks and SUVS with the same inflators that ultimately could cost the company $870 million, according to a GM filing with securities regulators. Another batch of recalls is slated to start on Dec. 31. The delay also pushes the decision into the administration of President-elect Donald Trump, who has stated that he wants to get rid of unnecessary government regulation.

GM said the timing of its filings was motivated by upcoming NHTSA deadlines. "Any other conclusion is just speculation," spokesman Tom Wilkinson said in a company statement.

Takata uses the chemical ammonium nitrate to create a small explosion and quickly inflate air bags in a crash. But tests have shown the chemical can deteriorate when exposed to high temperatures and airborne moisture. That can make it burn too fast, blowing apart a metal canister designed to contain the explosion, flinging shrapnel into drivers and passengers.

In addition to the deaths, more than 100 people have been hurt by the exploding inflator canisters.