It burst into flames before it made it home from the store.

WAYNE, N.J. (AP) — Toys 'R' Us has pulled a ride-on toy truck from shelves days after a couple says it burst into flames while they were bringing it home from the store.

The couple tells KING-TV the Tonka 12V Ride-On Dump Truck was a present for their grandson. They were taking it to their Bellingham, Washington, home in the back of their pickup truck Friday night when they say it caught fire. Video shows flames shooting high into the air.

Toys 'R' Us spokeswoman Nicole Hayes says in a statement that the incident appears to be isolated, but the New Jersey-based company is pulling the item from stores and its website "pending further investigation."

Hayes says Toys 'R' Us is working with the truck's manufacturer, Dynacraft, to determine a cause. 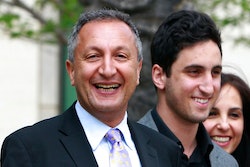 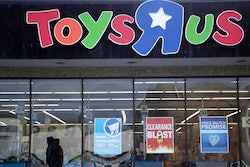 The Black Hole for Toy Makers