As he detached a nine-foot segment of this line, 190-proof ethanol spilled onto him, flowed through the grated flooring, and ignited on the floor due to nearby welding operations. 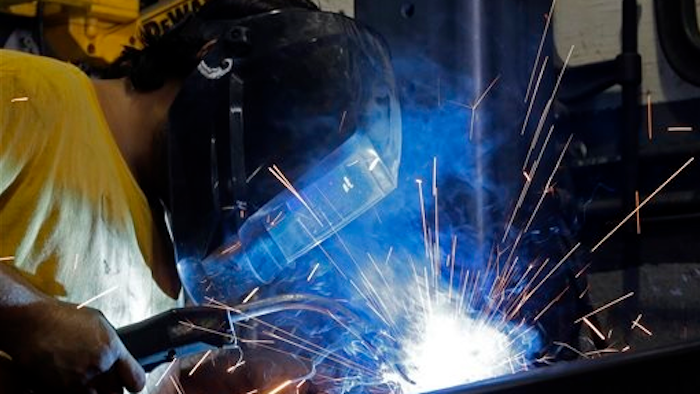 HUDSON, S.D. - Federal investigators found multiple safety violations at a South Dakota ethanol refinery expansion project after a 38-year-old pipefitter suffered fatal burn injuries when ethanol spilled from a process pipe he was working on and was ignited by flames from nearby welding operations.

On Nov. 1, 2016, the U.S. Department of Labor's Occupational Safety and Health Administration issued five serious safety violations to the worker's employer Bilfinger-Westcon, the project's construction contractor. Inspectors determined the contractor allowed welding work to occur without verifying that the area was free of flammable liquids.

OSHA cited the refinery operator and owner, Sioux River Ethanol LLC which operates as Poet Biorefining-Hudson, for three serious violations of OSHA's process safety management standards including failing to ensure the process pipe being removed did not contain ethanol.

"This death was needless and preventable if critical safety standards had been followed," said Sheila Stanley, OSHA's area director in Sioux Falls. "Communication between the host employer and all contractors is critical in working safely at any site covered by the Process Safety Management Standard. All aspects of permit systems including 'hot work' and line break must be implemented to ensure that welding activities do not occur near line break activities where flammable materials may be released."

Agency investigators determined the pipefitter was removing a vent line on the sixth floor of the refinery's distillation building on May 6, 2016, when the incident occurred. As he detached a nine-foot segment of this line, 190-proof ethanol spilled onto him, flowed through the grated flooring, and ignited on the fourth floor due to the welding operations occurring there. The resulting fire engulfed the worker, causing fatal injuries that led to his death the following day.

The agency cited his employer Bilfinger-Westcon for:

OSHA has proposed penalties of $62,355. Based in Bismarck, North Dakota, Bilfinger-Westcon is a diversified industrial construction company that provides construction services to large industrial processing facilities throughout the nation. View current citations here.

The agency cited Poet Biorefining-Hudson for failing to:

OSHA has proposed penalties of $37,413 to the Hudson-based company, a leading producer of ethanol and other biorefined products, operating more than 25 U.S. facilities. View current citations here.