Health advocates say the fumes released when it is first applied can potentially cause health issues. 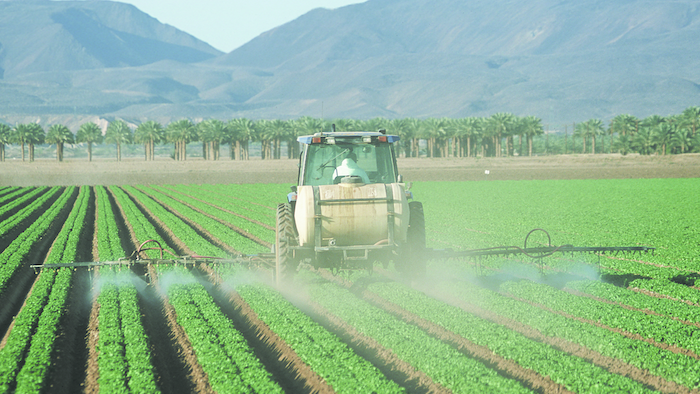 Telone is among the most commonly used pesticides in California — applied to strawberry fields, almond orchards, vineyards and other crops.

The chemical kills pests in the soil and dissipates before crops are planted, so health advocates say harmful residue is not found in food. Rather, they say the fumes released when it is first applied can potentially cause health issues.

The U.S. Environmental Protection Agency says the chemical can cause cancer when inhaled over long periods.

The Oakland-based Center for Environmental Health said it filed the lawsuit in Alameda County Superior Court against Dow AgroSciences LLC, which makes Telone.

"For decades, Dow and state regulators have put profits ahead of our health," Michael Green, CEO of Center for Environmental Health, said in a statement. "It is long past time for California to protect children and families from Dow's dangerous chemical."

The center has not cited any cases of illness connected to the pesticide.

Dow spokeswoman Rachelle Schikorra declined to comment about the lawsuit.

As the manufacturer of Telone, Dow is responsible for making sure residents potentially in the path of its fumes know when it's being used, the advocacy group says.

Telone is the third most commonly used pesticide in California. It is applied to fields in the Central Valley counties of Fresno, Kern, Merced and Tulare as well as coastal Monterey County.

California regulates its use, but the Center for Environmental Health says it fears that an upcoming change to California's pesticide regulations could increase the use of Telone.

Charlotte Fadipe, a spokeswoman for the California Department of Pesticide Regulation, declined to comment on the lawsuit or on any proposed changes to how the state regulates Telone.

"It is no secret we are looking very closely at how we allow California to use this pesticide to protect crops," she said.

The health advocates focused their lawsuit on Shafter, a farming community in Kern County. The lawsuit asks the court to impose penalties against Dow of $2,500 a day for each violation.

Dow AgroSciences is a global company with sales last year of $6.4 billion.