Send In The Eagles

Police unveiled their newest weapon against the security concerns caused by drones - the American bald eagle. 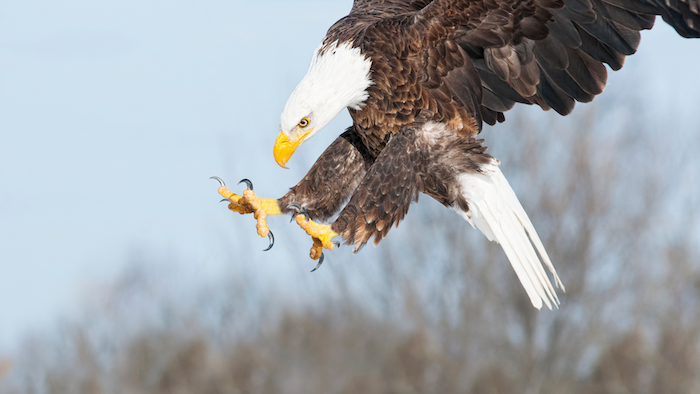 Dutch police recently became one of the first law enforcement organizations to use eagles and the age-old skill of falconry against unauthorized drone use.

In hearing the command of 'Attack!', the eagles zero-in on the trespassing drone, grip it with their talons and bring down their mechanical prey with the grace of a helicopter landing. Dutch police launched tests in early 2015 to see how the battle between eagles and drones would shape up, and are now welcoming the birds into their ranks.

Pieces of chicken or turkey attached to some of the test drones have been used to reward the birds. During testing it was reported that while no eagles were hurt, none of the drones survived.

However, because they are animals, the eagles have not been without some misses. Reports have the birds downing the drones at about an 80 percent clip, with factors such as weather often playing a role. The Dutch police are also developing a protective glove to help cover the eagle's talons when encountering larger drones with bigger rotors.