The ships to which they were assigned were in an area of the ocean in the direction of the radioactive plumes spewed from the Fukushima plant. 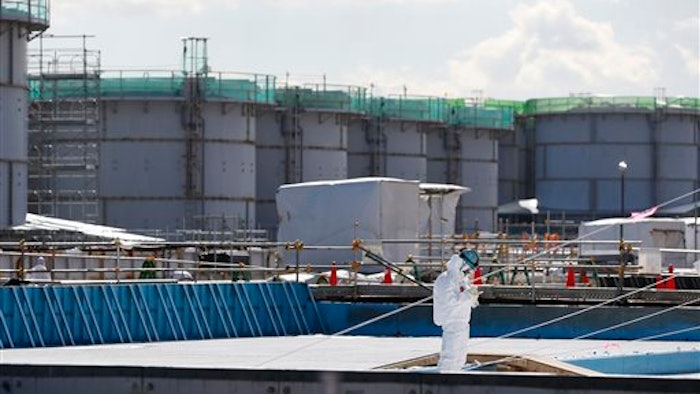 TOKYO (AP) — Several hundred American service personnel who say they became sick from radiation after participating in relief operations for the 2011 tsunami that set off the Fukushima nuclear disaster are now getting high-profile support in Japan.

Junichiro Koizumi, prime minister from 2001 to 2006, told reporters Wednesday he has set up a special fund to collect private donations for the former service members, with the goal of collecting $1 million (100 million yen) by the end of next March, mainly to help with medical bills.

"I felt I had to do something to help those who worked so hard for Japan," he said at the Foreign Correspondents Club of Japan. "Maybe this isn't enough, but it will express our gratitude, that Japan is thankful."

Koizumi, 74, one of Japan's most popular prime ministers in recent decades, was in San Diego in May to meet with 10 of the former service members, who have joined a class-action lawsuit against Tokyo Electric Power Co., or TEPCO, the utility that operates the Fukushima Dai-ichi nuclear plant.

The lawsuit, filed in 2012, is ongoing, and a California judge has ruled it will proceed. More Navy personnel and Marines are joining the suit, now numbering about 400, according to Koizumi. Some 70,000 Americans took part in Operation Tomodachi, or Friend, flying in aid from an aircraft carrier and other warships off the coast of northeastern Japan.

Since then, some servicemen and women have become sick with cancers, leukemia, thyroid ailments, brain tumors and other diseases, and they blame radiation. The ships to which they were assigned were in an area of the ocean in the direction of the radioactive plumes spewed from the Fukushima plant.

Aircraft carriers routinely use drinking water from the ocean, which the lawsuit says was contaminated with radiation, and service members showered in and ate food cooked in such water. Some Navy personnel also flew on helicopters to the disaster zone.

TEPCO denies any link between the illnesses and radiation, saying the radiation levels are too low.

Koizumi acknowledged he is not a medical expert, but said he had "common sense." He questioned why so many healthy young men and women were suddenly sick with symptoms often associated with radiation exposure, such as nosebleeds.

The U.S. command has said it was not told immediately about the reactor meltdowns at Fukushima.

The lawsuit alleges that TEPCO withheld key information and caused the Americans to be sent in harm's way.

Seven of those who joined the lawsuit have already died.

Koizumi said he had been a proponent of nuclear power while prime minister, but living through the Fukushima disaster taught him that what experts said about atomic power being safe, cheap and clean was "all lies."

Even after the nuclear accidents at Three Mile Island in the United States and Chernobyl in Ukraine, the experts insisted that Japan's nuclear plants were different, he recalled.

"I became ashamed how I had believed such lies," Koizumi said. "They said Japan was safe. And that simply was not true."