The lawsuit against Wal-Mart Stores, J.C. Penney and the Children's Place claimed the companies failed to ensure safe working conditions at the Rana Plaza complex.

DOVER, Del. (AP) — A Delaware judge has dismissed a lawsuit filed against three major U.S. clothing retailers after the 2013 collapse of a garment factory in Bangladesh that killed more than 1,100 people.

An injured worker and a man whose wife died in the collapse lodged the complaint last year against Wal-Mart Stores, J.C. Penney and the Children's Place.

The lawsuit claimed the companies failed to ensure safe working conditions at the Rana Plaza complex.

The judge this week agreed with the defendants that the lawsuit was filed after the one-year deadline under applicable Bangladeshi law had expired.

She also agreed that the plaintiffs had failed to establish that the U.S. companies owed a duty of care to the workers, who were directly employed by the garment factory, not the retailers. 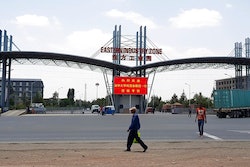 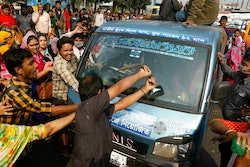 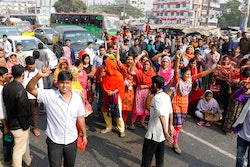