The court said it is OK to ban menthol and other flavorings that make tobacco more appealing. The directive also requires standardized, plain labels that cover at least 65 percent of all cigarette packs with health warnings. 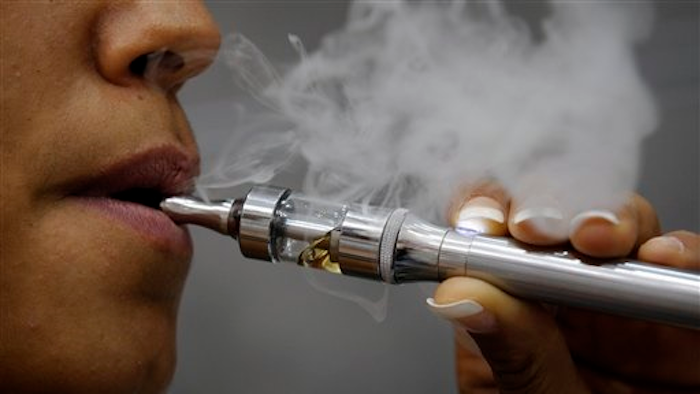 Tobacco companies had protested a 2014 EU directive on the new rules, calling it disproportionate. But the European Court of Justice on Wednesday upheld the directive, arguing it's in line with efforts to fight smoking and protect public health.

The court said it is OK to ban menthol and other flavorings that make tobacco more appealing. The directive also requires standardized, plain labels that cover at least 65 percent of all cigarette packs with health warnings.

The rules will require warnings for e-cigarettes, limit their nicotine levels to 20 grams and restrict advertising and sponsorship by their makers.

The Independent British Vape Trade Association said in a statement that it is disappointed by the ruling and argued it could push some e-cigarette smokers back to tobacco.

Among those welcoming the decision was French Health Minister Marisol Touraine, who said plain cigarette packs will be required in France starting May 20.

"It's a victory for public health, a victory in the battle against lobbies, because in the fight against smoking ... the obstacles are numerous," she told reporters after a Cabinet meeting.

The EU Commission has come under criticism in the past for failing to fully disclose information about its dealing with tobacco lobbyists.

Marc Firestone, senior vice president at Philip Morris International, which had questioned the directive's legality, said in a statement that the court didn't address whether plain packaging is legal or reduces smoking rates. He said the ruling "reflects the substantial deference that the Court of Justice often shows to the EU institutions."