In June, the agency began investigating about 250,000 pickups from 2011 and 2012 after finding seven crashes and 466 consumer complaints. 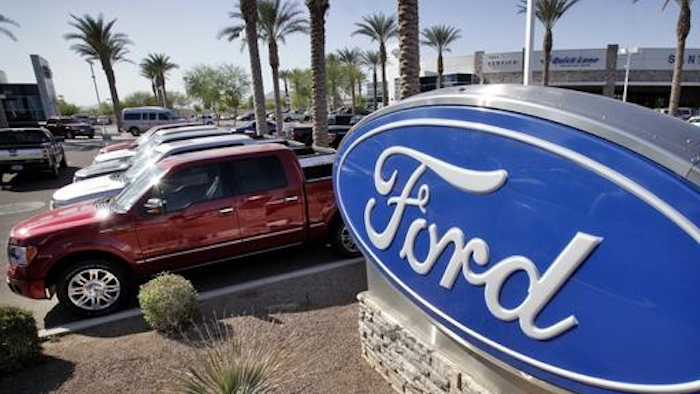 The National Highway Traffic Safety Administration says an analysis of complaints and testing showed that even in worst-case situations, the trucks can be stopped with a moderate increase in brake pedal pressure.

In June, the agency began investigating about 250,000 pickups from 2011 and 2012 after finding seven crashes and 466 consumer complaints. All the trucks had 3.5-liter six-cylinder engines. Ford's F-Series trucks are the top-selling vehicles in the U.S.

But the investigation found that most of the crashes happened at low speeds and in driveways or parking lots, and that the trucks could be stopped by the driver. Two complaints that alleged electric vacuum pump failures contributed to rear crashes at road speeds "are not believed to be related to the alleged defect," the agency wrote in paperwork posted Monday. No injuries were reported in any of the crashes.

In addition, drivers will hear excessive noise or will feel a vibration or a change in brake pedal feel before any pump failure happens, the agency says. Also, Ford extended the warranty on the electric brake vacuum pump to 10 years or 150,000 miles.