Blankenship was convicted December 3 of a misdemeanor conspiracy to willfully violate mine safety standards at Upper Big Branch Mine. 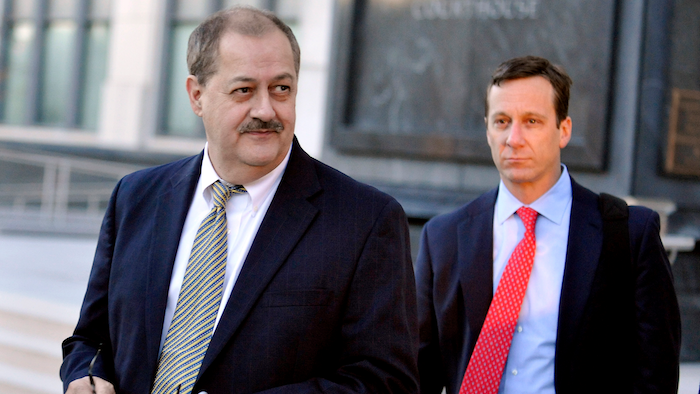 (AP) — Ex-Massey Energy CEO Don Blankenship is opposing a prosecution push to make him pay $28 million in restitution to a coal company.

Blankenship was convicted December 3 of a misdemeanor conspiracy to willfully violate mine safety standards at Upper Big Branch Mine. The southern West Virginia coal mine exploded in April 2010, killing 29 men.

Alpha bought Massey in 2011. Blankenship's attorneys wrote that now-bankrupt Alpha viewed the explosion and investigations as an opportunity to buy Massey at a lower price. Alpha declined to comment Monday.

Blankenship's attorneys said restitution isn't an option and would complicate and prolong his sentencing, now slated for April 6.