The Department of Justice filed federal suit against Volkswagen for violating the Clean Air Act.

This week, Forbes discusses the announcement by the Department of Justice that they have filed federal suit against Volkswagen for violating the Clean Air Act.

This could potentially cost the company as much as $18 billion, and Forbes writer Daniel Kleinman wonders if this high profile, aggressive penalty will be enough to deter other manufacturers from so-called “greenwashing.”

Greenwashing is viewed as intentionally deceiving the consumer about the relative environmental friendliness of a product, and penalties thus far have been pretty ineffective in curbing the practice.

In 2013, the Federal Trade Commission penalized six companies for making deceptive claims about their so-called "biodegradable" plastic products, including one $450,000 fine for a company that had continued to greenwash even after being ordered to stop almost 20 years prior.

The point here is that it seems that, for some companies, being slapped on the wrist is a – literal – small price to pay compared to the potential benefit of selling a spurious “green” product.

The marketplace for green products has never been bigger, and many consumers say they are actually willing to pay a higher price for them.

So, will Volkswagen’s multi-billion dollar suit scare some manufacturers straight? Or will green washing continue to flourish just the same? We shall see. 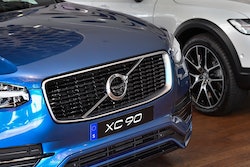 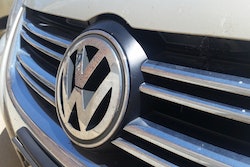