Seoul Semiconductor Co., Ltd., a leading global innovator of LED products and technology, announced that it has filed a patent infringement lawsuit in the United States District Court for the Central District of California against Feit Electric, the largest light bulb maker in the U.S.

The complaint asserts that Feit lighting products infringe 12 LED patents, and seeks a permanent injunction against the sales of those products.

Seoul Semiconductor has already secured permanent injunctions against several retailers selling Feit products in the Eastern District of Texas in 2019 and the Central District of California in 2020.

Seoul has a history of continually pursuing companies that infringe its patents. Everlight Electronics, a Taiwanese LED package maker, is the world’s eighth biggest LED maker. Based on Seoul’s enforcement, the German District Court of Düsseldorf ordered multiple permanent injunctions and a recall of Everlight’s LED products in 2018-19. In June 2022, Suwon District Court in Korea found Everlight guilty of criminal misappropriation of Seoul’s trade secrets and industry technology, awarding the maximum criminal fines.

Seoul triumphed in six-year litigation against Enplas Corporation, the largest backlight unit (BLU) lens maker, when the U.S. District Court for the Northern District of California ruled that Enplas willfully infringed Seoul’s LED patent, and the U.S. Supreme Court affirmed Seoul’s victory in 2019. Civil damages by Enplas are still pending in another litigation.

“There are unethical companies that do not respect intellectual properties despite emphasizing corporate responsibility, such as ESG,” said an official at Seoul. “Intellectual property rights are necessary to respect in order to create fair competition in the market.” 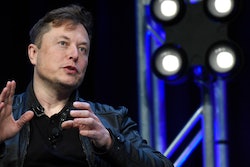