White House says it has "no choice" but to cut back on orders of at-home rapid tests that have supported a domestic manufacturing base for the easy diagnostic tests. 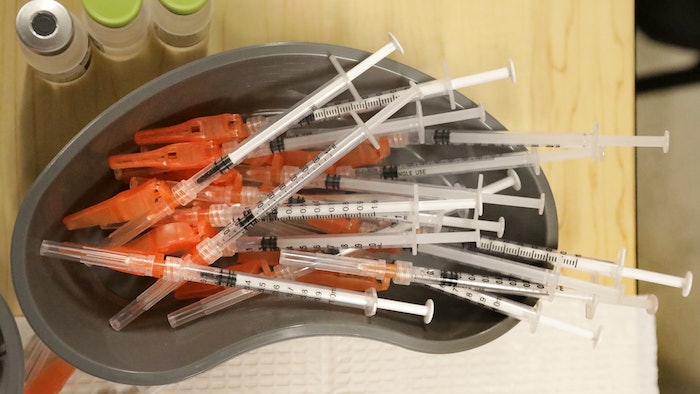 WASHINGTON (AP) — The Biden administration said Wednesday that a funding crunch is forcing it to divert more than $10 billion in coronavirus relief from test procurement and other efforts as it tries to come up with money to secure the next generation of vaccines and treatments for some high-risk Americans.

The White House said it has been left with “no choice” but to cut back on orders of at-home rapid tests that have supported a domestic manufacturing base for the easy diagnostic tests. It also is scaling back funding for research and development of new COVID-19 vaccines and limiting orders of personal protective equipment in an effort to maintain some stockpiles of vaccines and treatments for Americans heading into the winter.

Even then, the Democratic administration says, there will only be enough money available to provide treatments and vaccines to some people. It urged Congress to act to provide enough money to secure doses for all who might want or need them.

“The administration has to act because Congress won’t,” the White House said in a statement. “These trade-offs we are being forced to make because of Congress will have serious consequences on the development of next-generation vaccines, therapeutics and diagnostics, domestic vaccine production capacity, stockpiling of PPE and the procurement of tests and testing supplies for federally qualified and community health centers."

The White House said the “unacceptable" trade-offs were due to congressional inaction.

It was not immediately clear which vaccines and treatments the administration was seeking to secure with the limited funding — including whether the administration was placing orders for potential multivalent vaccines that would protect against both the original COVID-19 strain and offer targeted protection against some variants. The White House also didn't say how many doses of vaccines would be acquired, citing contracting requirements for the lack of clarity.

The administration said the Wednesday moves would shift $5 billion to buy COVID-19 vaccine doses for the fall, $4.9 billion for 10 million Paxlovid oral antiviral treatment courses and $300 million for the purchase of additional monoclonal antibody treatments.

The Biden administration has been warning for months of the potential for rationing and other tough trade-offs if Congress doesn't act to provide additional funding, saying that it would cost lives as people's immunity from booster doses or from prior infection wane.

Lawmakers in March appeared near a deal for $10 billion of the $22.5 billion that President Joe Biden has requested, but negotiations broke down over Biden's plans to end pandemic-related public health restrictions on U.S. borders that severely curtailed migration. Though that move has been blocked by a federal judge, lawmakers have appeared no closer to reaching a deal.

The White House has said that if it doesn't act swiftly to secure vaccines, other nations will lock in their own places in line ahead of the U.S. That would reverse the trend of the U.S. being among the first nations, if not the first nation, to market vaccines and life-saving COVID-19 treatments like Paxlovid.