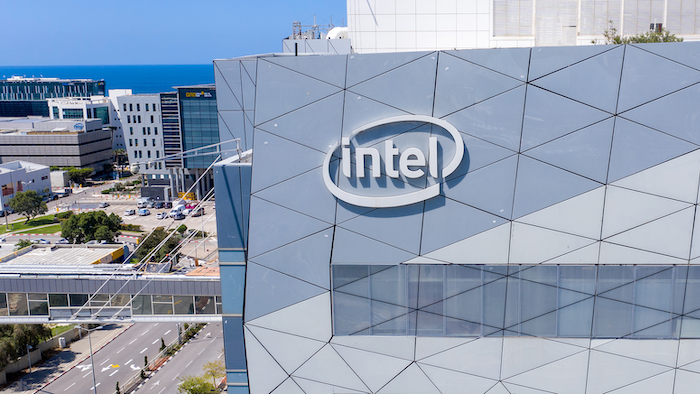 The letter sent Friday urges top Congressional leaders to fully fund the $52 billion CHIPS for America Act, allowing for stateside investment in semiconductor factories. Not only has the chip shortage disrupted the U.S. economy, it is creating a vulnerability in the country's defense system since eight of every 10 chips are produced in Asia, the letter said.

“These products are vital to U.S. technology deployment and are critical to U.S. national security,” the letter said. “It is crucial that the United States leads in the research, development, and production of semiconductor technology."

Chip shortages fueled by shutdowns during the pandemic have interrupted the production of new vehicles and electronic devices for more than a year.

“We are allowing ourselves to be held hostage by the imbalance of foreign chip production,” said GOP U.S. Rep. Troy Balderson, whose central Ohio district encompasses the proposed chip factory site. “It’s past time to bolster this production here at home.”

“Ohio has a unique opportunity to directly benefit from this legislative action by attracting generational investments from companies seeking to augment the domestic manufacturing of semiconductors," that November letter said.

Both JobsOhio and Balderson's office declined to comment on the Intel report.

Gov. Mike DeWine's office also declined to comment on the Intel report. Earlier this week, the governor said Ohio has been aggressive in efforts to recruit businesses from the East and West coasts.

Intel CEO Pat Gelsinger has urged the U.S. to focus its semiconductor subsidies on American companies. The company announced plans last year to spend $20 billion for two new factories in Arizona, but also said last month it will invest $7.1 billion to expand its manufacturing operation in Malaysia, home to roughly 10% of the company’s global workforce. A company spokesperson declined to comment Friday.

The U.S. share of the worldwide chip manufacturing market has declined from 37% in 1990 to 12% today, according to the Semiconductor Industry Association, a trade group.

Several chipmakers last year signaled an interest in expanding their American operations if the U.S. government is able to make it easier to build chip plants.

Chipmakers now are diversifying their manufacturing sites in response to the shortages. Samsung said in November it plans to build a $17 billion factory outside of Austin, Texas.

Micron Technology, based in Boise, Idaho, said it will invest $150 billion globally over the next decade in developing its line of memory chips, with a potential U.S. manufacturing expansion if tax credits can help make up for the higher costs of American manufacturing.

Industry watchers expect the demand for chips to grow even when the current shortages end because more electronics will require them.