The company's founder was charged with two counts of securities fraud and wire fraud. 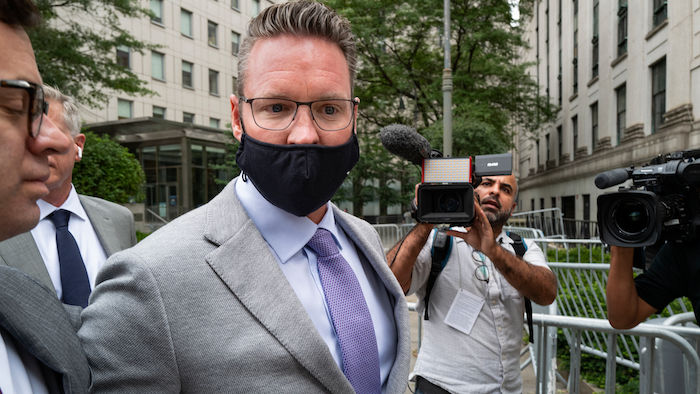 The Securities and Exchange Commission said Tuesday, Dec. 21, 2021 that its order finds that Nikola Corp. violated the antifraud and disclosure control provisions of the federal securities laws. In July, Trevor Milton, was freed on $100 million bail after pleading not guilty to charges alleging he lied about the company.
AP Photo/Craig Ruttle, file

Electric and hydrogen-powered truck startup Nikola has agreed to a $125 million settlement over charges that it defrauded investors after misleading them about its products, technical advances and financial prospects.

In July the founder and one-time chair of Nikola, Trevor Milton, was freed on $100 million bail after pleading not guilty to charges alleging he lied about the company.

The U.S. Attorney’s Office in Manhattan charged Milton, 39, with two counts of securities fraud and wire fraud. He resigned as chairman in September.

The SEC said in its order that Milton embarked on a public relations campaign aimed at inflating and maintaining Nikola’s stock price before the company had produced a vehicle.

The SEC also found that Milton misled investors about Nikola’s technological advancements, in-house production capabilities, hydrogen production, truck reservations and orders and financial outlook. In addition, it found that Nikola misled investors by misrepresenting or omitting information about the refueling time of its prototype vehicles, as well as the economic risks and benefits associated of a potential partnership with General Motors.

Nikola also went public through something called a special purpose acquisitions company, or SPAC, a vehicle that is getting increased scrutiny from the SEC and other regulators. The SEC issued new accounting guidance for SPACs this year after a flurry of them hit the market.

SPACs, essentially a blank-check company, are used as a shortcut to go public, bypassing the lengthy and costly process of a traditional initial public offering.

SPACs exploded in popularity last year, reaching a fever pitch early in 2021 when they were raising an average of $6 billion every week. They offer investors a way to get into those exciting, potentially high-growth companies or companies or industries and few sectors are as hot lately as electric vehicle makers.

Companies going the SPAC route often feel more license to highlight projections for big growth they’re expecting in the future, for example. In a traditional IPO, the company is limited to highlighting its past performance, not necessarily the greatest selling point for young startups that have little to show for in sales or profits.

Nikola, based in Phoenix, didn't admit or deny the SEC's findings. The company did agree to cease and desist from future violations and to the $125 million penalty. Nikola also agreed to continue cooperating with the SEC’s ongoing investigation. The order also establishes a fund to return penalty proceeds to investors that were impacted.

“We are pleased to bring this chapter to a close as the company has now resolved all government investigations," Nikola said in a prepared statement. "We will continue to execute on our strategy and vision to deliver on our business plan."