Who Pays & Who Benefits from a Massive Solar Power Expansion?

There is room for improvement. 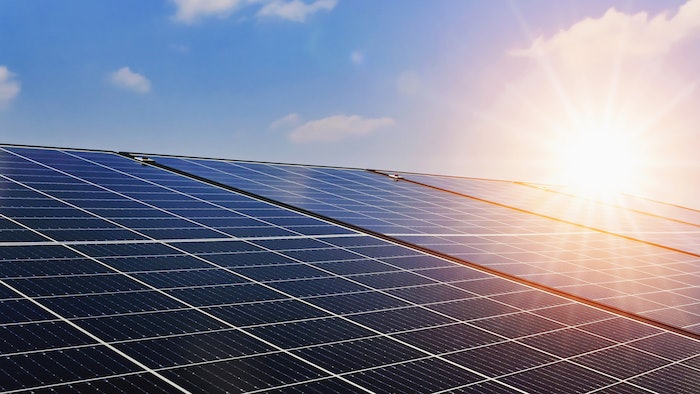 For both of these reasons, the power sector is central to the Biden administration’s climate policy.

President Joe Biden’s proposal to produce 45% of the nation’s electricity from solar energy by 2050 seeks to transform the power sector from problem child into child prodigy. As the details evolve, two cornerstones have emerged.

First, Biden has repeatedly called for extending tax credits for solar power and other renewables, at a projected cost of US$200 billion over the next decade. Second, his administration has proposed a Clean Electricity Performance Program to subsidize electric utilities that increase the share of solar in their sales. This initiative is budgeted at $150 billion.

Reduced emissions and cleaner air help everyone, but who ultimately pays for public spending on this scale, and who will reap the economic benefits?

I have studied renewable energy for years, including the allocation of clean energy policies’ costs and benefits. My research focuses on direct economic benefits, such as government subsidies and tax breaks.

By proposing $350 billion in policy incentives, Biden is pushing solar further into the mainstream than ever before. Most of the costs and benefits of this massive solar play are distributed fairly, but I see room for improvement.

A break for lower-income households

Many clean energy policies, including renewable portfolio standards and net metering programs – strategies that dozens of states have adopted – pass their costs onto electricity customers. Renewable portfolio standards require utilities to source a certain share of their power sales from renewable sources. Net metering requires them to credit customers for generating electricity at home, typically from solar power, and feeding it back into the grid. In both cases, power companies bill their customers for associated costs.

Many low-income households contribute to federal tax revenue via payroll taxes, but most do not pay federal income tax. This largely leaves higher-income households to fill the federal tax coffers that finance solar incentives, which reduces the risk of widening the income and wealth gap.

A tenfold increase in solar power’s contribution to the U.S. electricity supply would require significant upgrades to the grid. But not all of these upgrades would be covered by incentives funded with tax dollars, so some would fall to ratepayers. To minimize burdens on lower-income households, the Clean Electricity Performance Program earmarks some of its incentives for electric utilities to help struggling electricity customers pay their power bills.

Under the economic plan that Congress is now considering, utilities that grow the share of clean energy in their retail sales by a specified amount compared to the previous year would receive payments based on the amount of clean electricity they add. Utilities that fail to meet the growth target would pay penalties based on how far they fall short.

Electric utilities own many of the country’s existing, mostly fossil-fueled power plants. Most have been reluctant to promote solar, which would reduce demand for electricity from their own power plants.

But the Clean Electricity Performance Program does not cover another category of power company, called non-utility generators. Instead of selling power to end-use customers, these companies sell electricity to utilities, marketers or brokers. Non-utility generators provide over 40% of U.S. power and have driven much of the recent deployment in solar and other renewables.

In contrast, tax credits for solar appear to offer economic benefits for a wide swath of taxpayers. In theory, anyone installing a new solar array on their rooftop or elsewhere earns tax credits for a portion of their investment. But I have found that, in practice, only those with higher tax bills can readily profit from these tax breaks.

Tax credits don’t normally have cash value – they merely reduce the amount you owe to Uncle Sam on April 15. A typical homeowner’s tax bill in the hundreds to low thousands of dollars is easily reduced to zero using part of the solar tax credit. But the remaining credit value will go unused, at least until subsequent tax years.

Since the tax code prohibits “selling” one’s tax credits, third-party financiers offer ways to structure solar projects so that the financier’s higher tax bill is used to monetize tax credits, passing part of the value onto homeowners. But such help comes at a price, diverting a significant portion of these tax incentives away from their intended use and beneficiaries.

How to retarget solar policies

A large-scale expansion of solar power would be an important step toward a low-carbon economy, with huge environmental benefits. A few tweaks could help make the Biden administration’s proposal more efficient and spread its benefits more widely.

As former President Barack Obama suggested in his 2016 budget proposal, solar tax credits should have a refundable cash value, like the child tax credit, that converts to cash if the recipients don’t owe enough taxes to use the credit. Lower-income households who install solar or buy into community solar projects could use this cash value to take immediate advantage of the credits, regardless of their tax bills.

Expanding the Clean Electricity Performance Program to bring non-utility generators into the fold would foster competition among power producers to help further reduce the cost of solar. Finally, since environmental justice is a central theme of Biden’s climate policy, it would make sense to add place-based incentives to the solar tax credit provisions that direct clean energy investment toward historically disadvantaged communities to make up for previous environmental injustices.

This article is republished from The Conversation under a Creative Commons license. Read the original article here: https://theconversation.com/who-pays-and-who-benefits-from-a-massive-expansion-of-solar-power-167874.