Almost half the nation's annual coal production is mined by private companies from leases on federal land. 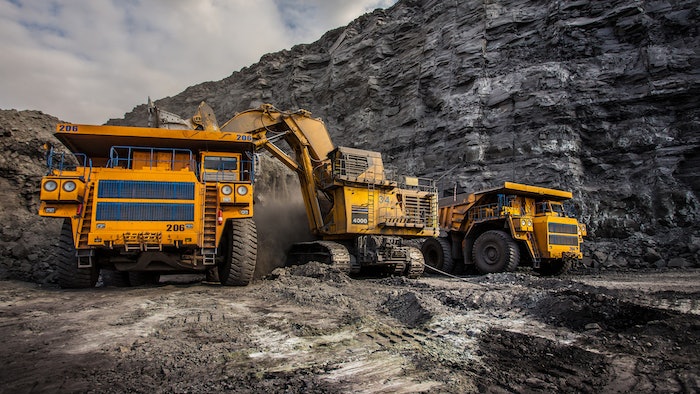 President Joe Biden suspended oil and gas lease sales in his first days in office — a move later blocked by a federal judge — and faced pressure from environmental groups to take similar actions on coal.
iStock

Coal combustion for electricity remains one of the top sources of U.S. greenhouse gas emissions, even after many power plants shut down over the past decade because of concerns over pollution.

Almost half the nation's annual coal production — some 250 million tons last year — is mined by private companies from leases on federal land, primarily in Wyoming, Montana and other Western states.

Coal lease sales were temporarily shut down under President Barack Obama because of climate concerns, then revived under President Donald Trump as he sought to bolster the declining industry.

President Joe Biden suspended oil and gas lease sales in his first days in office — a move later blocked by a federal judge — and faced pressure from environmental groups to take similar actions on coal.

Few leases have been sold in recent years as coal demand shrank drastically, but the industry’s opponents want to ensure it can’t make a comeback as wildfires, drought, rising sea levels and other effects of climate change worsen, according to a report last week from the Intergovernmental Panel on Climate Change.

The Interior Department review also will look at the effects of coal mining on air quality and the local environment, whether leasing decisions should consider if the fuel will be exported, and how coal supports the nation's energy needs.

The agency said it will take 30 days of public comment and plans to announce its next steps by November.

The coal program brought in more than $500 million for federal and state coffers through royalties and other payments in 2019, the most recent data available.

The program supports thousands of jobs and has been fiercely defended by industry representatives, Republicans in Congress and officials in coal producing states.

“Our public lands are intended for multiple uses, including the production of affordable, reliable energy for all Americans, and we look forward to providing comment throughout the government’s review,” said Ashley Burke with the National Mining Association, an industry lobbying group.

The Biden administration had sought to delay the legal challenges, but a federal judge said in June that the states and environmentalists faced potential damage if the case got stalled. U.S. District Judge Brian Morris cited pending lease applications for thousands of acres of federal land holding at least 1 billion tons of coal.

“The administration must move quickly to address harm from federal coal development and stop new leasing. If they don’t, we are prepared to head back to court,” said attorney Jenny Harbine with Earthjustice, which represents the environmental groups and tribe.

In 2017 and 2018, the government sold leases for 134 million tons of coal on public land in six states, according to figures provided by the Interior Department. That’s a relatively small amount compared with previous years, for example 2011 and 2012, when more than 2 billion tons were sold in Wyoming alone.

Growing concerns over climate change have put a new spotlight on the once-obscure coal program, which last underwent major environmental reviews in the 1970s and 1980s.

Over the past decade, oil and gas have eclipsed coal to become the biggest human source of greenhouse gas emissions from public lands and waters, federal production data indicates.

Despite Trends, Wyoming Announces Plan to Prop Up Coal