The settlement ends the lawsuit from April 2020 over the spill in the Mulberry Fork of the Black Warrior River. 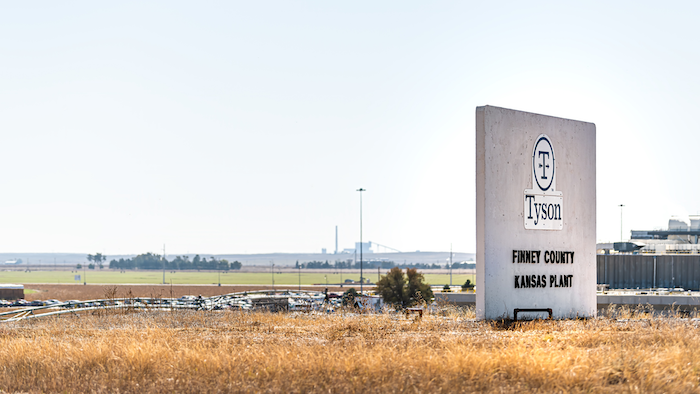 The spill occurred on June 8, 2019, when a pipe failed at the River Valley Ingredients poultry processing facility in Hanceville, sending tens of thousands of gallons of partially treated wastewater into the river.
iStock

MONTGOMERY, Ala. (AP) — A $3 million settlement has been reached with Tyson Farms, Inc. over a 2019 wastewater spill that killed an estimated 175,000 fish — one of the largest recorded fish kills in Alabama history, Attorney General Steve Marshall said Wednesday.

The settlement agreement, filed in Walker County Circuit Court, brings an end to the lawsuit brought by the state in April 2020 over the spill in the Mulberry Fork of the Black Warrior River, Marshall said.

The lawsuit alleged the meat company illegally discharged thousands of gallons of partially treated wastewater in May and June of 2019 that ended up in the state's waters after a pipe failed. The spill angered local residents in northern Alabama as waves of dead and decomposing fish washed down the river for days.

The settlement, valued at $3,025,000, directs money to the affected communities for specific projects and requires Tyson take steps to lessen the possibility of such a spill happening again, Marshall said.

“I am pleased to finally be able to tell the communities of the Mulberry and Sipsey Forks that the state has resolved this matter," Marshall said. "Though my Office was ready to go to trial, I am convinced that this agreement prioritizes the concerns that I heard from locals and gets money into the right hands quickly.”

In a statement, Tyson expressed remorse over the 2019 spill and said it is establishing new environmental governance and management systems.

"We deeply regret what happened in 2019 at our Hanceville, AL facility and have taken steps to make it right. We’re pleased this matter has been resolved in a way that reflects the significant enhancements we’ve made at our facility, our commitment to provide funds to benefit the local communities in Cullman and Walker Counties, and increased public access to the river so many people enjoy," the company said.

The spill occurred on June 8, 2019, when a pipe failed at the River Valley Ingredients poultry processing facility in Hanceville, sending tens of thousands of gallons of partially treated wastewater into the river.

Black Warrior Riverkeeper, an environmental group that works to protect the river, said the settlement is a better outcome than if the state had tried to fine Tyson, but it had hoped the company would have been fined at least $10 million, with the majority of the money going toward restoration and conservation of the section of the river “most affected by this tragedy.”

"While it remains to be seen what the $1.5M will be spent on in Cullman and Walker counties, no portion of that amount can possibly provide adequate retribution for the river and its inhabitants," the group stated. "Black Warrior Riverkeeper will continue to keep watch over Tyson’s operations and push for more stringent enforcement of environmental laws in Alabama.”

Described as the “largest poultry rendering facility in the country,” the facility would take parts of chicken not desired for human consumption and turn it into animal and pet feed.

Tyson says the spill occurred because some temporary piping that was installed by an outside contractor failed, sending partially treated wastewater into the river.