How much benefit is the U.S. getting out of its trade relationship with China? 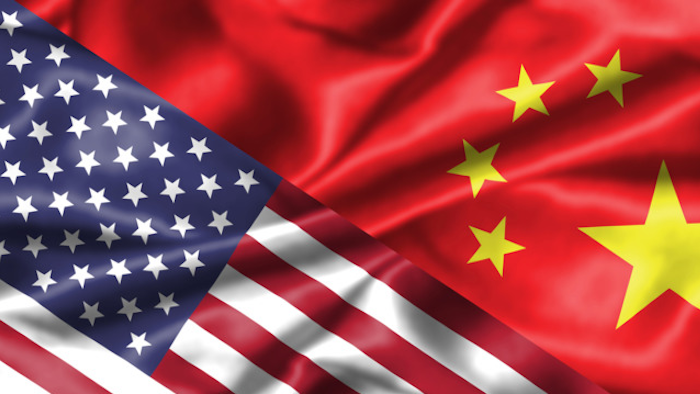 Trade tensions and mistrust are escalating between the U.S. and China. Soon after U.S. Secretary of State Mike Pompeo announced that China recommitted to its January trade deal obligations after a face-to-face meeting with Beijing’s top diplomat on June 17, he upbraided the country for using disinformation to drive a wedge between Europe and the U.S. President Trump, meanwhile, is attempting to use his tough stance with Beijing as a foreign policy selling point.

Behind the headlines and politics, a basic question remains: How much benefit is the U.S. getting out of its trade relationship with China? As a scholar in international trade theory and policy, I believe that answer must be looked at through a wider lens than just economics – one that includes national security.

A model where both countries benefit

Free trade theory states that such trade, as opposed to trade that uses tariffs and quotas, makes nations better off. That’s because it creates overall benefits for countries. There may still be individual losers in certain industries, but overall, all nations are deemed winners.

It is, in theory, possible to take some of the winners’ gains in a nation and give it to that country’s losers, and still have some surplus left over. The “losers” are typically the industries that compete with imports and its workers.

The practical problem with this line of reasoning is that the U.S. typically either does not make compensatory payments to the losers from trade or, when it does, the payments are puny. Uncle Sam provides assistance to those who lose out from free trade via the Department of Labor’s Trade Adjustment Assistance program.

As long as workers displaced by international trade enroll in a job training program, the adjustment assistance provides relocation assistance, subsidized health insurance and extended unemployment benefits. However, the program has been severely criticized by workers themselves, even earning the nickname “burial insurance,” as in arriving just in time to bury the victims.

Credible statistics are hard to come by to show the true monetary gains from trade. However, the economists Arnaud Costinot and Andres Rodriguez-Clare have shed valuable light on this question. Their research shows that the share of spending on imports in the U.S. is smaller than other countries. That is in large part because the U.S. is a large country, and most trade occurs within the nation.

Costinot and Rodriguez-Clare point out that about 8 cents out of every dollar spent in the U.S. is spent on imports.

We can now ask: How much would it cost U.S. consumers if the country stopped trade with other nations? The answer to this question is known as the welfare cost of zero trade or, equivalently, the welfare gains from trade.

Because the U.S. doesn’t trade that much, the welfare gains from international trade in the U.S. are smaller than in many other countries. Costinot and Rodriguez-Clare estimate these gains from all trade for the U.S. range from 2% to 8% of gross domestic product.

For a large and diversified nation such as the U.S., this is relatively small. The reason is that the share of all U.S. spending that goes to imports is around 6%-8%. Put differently, the U.S. is a lot less reliant on imports than many other more trade-reliant countries. To compare, Belgium – a much smaller but more trade-reliant nation – spends 30% on imports.

If the U.S. were to move to economic self-sufficiency by stopping all trade with other nations, then it would be worse off, but based on the previous research, not dramatically so.

While that may not be practical overall, it is worth looking at it through the lens of U.S.-China trade specifically.

What COVID-19 shows us

To manage the outbreak of the coronavirus, the Chinese government closed large numbers of factories and ports. Entire cities and even provinces were locked down. These stringent measures have caused significant disruptions to U.S. firms with China-only supply chains. Even more significant is the extent to which the U.S. is dependent on China for vital goods such as medicines.

More generally, in 2018, China supplied about 42% of the world’s exports of personal protective equipment. Almost 75% of Italy’s imported blood thinners came from China, and so did 60% of the ingredients for antibiotics imported by Japan.

This dependence poses a national security threat. For example, if relations with China were to deteriorate further, then China could hold back shipping on, for instance, vital pharmaceutical ingredients. China has been known to abuse its market power.

Most standard economic analyses about the gains and losses from trade typically do not take national security issues into account. However, some research exists on how to intervene in an economy to attain “noneconomic objectives.” The fact that trade can be weaponized was alluded to by the economist Adam Smith, who observed in 1776 that national security can trump free trade concerns.

This is because if certain goods are necessary for national security, then free trade in these goods may reduce a nation’s capacity to produce the goods, thereby making them scarce should a national emergency arise.

Given the increasing tensions and complexities around trade with China, I believe it may be time to selectively retreat from trading with the Chinese over supplies critical to national security. Such a retreat will have to involve, among other controls, setting procurement rules so that health care providers buy U.S. products, reducing and ideally eliminating the dependence on China-only supply chains, and monitoring cross-border mergers and acquisitions. In other words, we would still have globalization, but with diminished Chinese influence.

This will be difficult to implement on a practical level given the close relationships the U.S. markets have with China – and the roughly US$539.5 billion in goods it imports each year. But short-term pain from the transition may well result in long-term gain from protecting national security.

This article is republished from The Conversation under a Creative Commons license. Read the original article here: https://theconversation.com/a-selective-retreat-from-trade-with-china-makes-sense-for-the-united-states-141110.