How legal protections for immigrants generate income and innovation while reducing crime and increasing tax revenues. 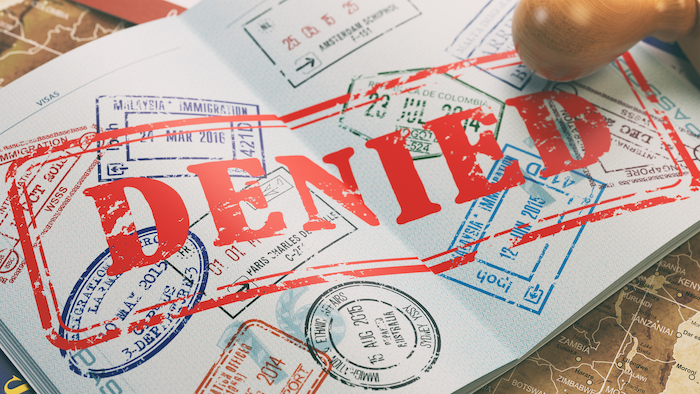 The current administration is expected to set limits on a popular program that allows international students to work in the U.S. after graduation while remaining on their student visas. The restrictions on the Optional Practical Training (OPT) program are designed to help American graduates seeking jobs during the pandemic-fueled economic downturn; however, the move is likely to further hurt the economy, according to new University of California San Diego research on immigrant rights.

In a new research paper, economists find that immigrant rights enhance the lives and livelihoods of native-born workers in many ways. Drawing from a sweeping collection of studies on the U.S. labor market over the past century, the paper is the first of its kind to look at how legal protections for immigrants affect domestic workers of immigrant-receiving countries in terms of generating income, innovation, reducing crime and increasing tax revenues.

One in eight persons living in the United States was born in a different country. Therefore understanding the impact of migrant worker rights on receiving economies is crucial to immigration policymaking, especially with the White House's immigration policies growing more exclusionary during the COVID-19 pandemic.

"This time the political restrictions seem to be on high-skill foreign-born, like students, OPTs and those with H1B visas," said Gaurav Khanna, co-author and assistant professor of economics at the UC San Diego's School of Global Policy and Strategy (GPS). "Many high-skill workers have lost their jobs, which means many will have to leave the country soon. When the U.S. crisis abates, there may be a scarcity of high-skill professionals, which could stall a robust recovery."

About 45 percent of Fortune 500 companies were founded by immigrants or children of immigrants. These companies amass more than $6 trillion in revenue per year and include tech-giants like Google-Alphabet, Microsoft, Tesla and Apple. With one in four of computer scientists born in a different country, the U.S. immigrant workforce comprises of many of Silicon Valley's top entrepreneurs, current CEOs or company founders.

As entrepreneurs know, starting a business requires a lot of money up front while the return on investment may take years, but the benefits to the local populations prove to be very positive from the start.

With the economy contracting at unprecedented levels, the White House's decision to impose more visa restrictions is expected make economic recovery more difficult because the less confidence immigrants have in their status, the less likely they are to seed innovation and create businesses.

Providing legal permanence and stability to immigrants may help incentivize long-term local investments like businesses which lead to an increase in jobs and a larger tax base, Khanna and co-author Anna Brown, a graduate of GPS's Master of Public Policy program write.

H1-B under fire, despite its well-documented economic benefits

Most technology workers enter the U.S. on H-1B  visas,  which  are  temporary  work  visas  that  are  valid  for  three  years and renewable up to another three years. At the end of the six-year period, these highly-skilled workers must either leave the country or apply for a costly green card that has a long waitlist, particularly for citizens of India and China.

"Extending the H-1B limit or making the green card process easier would provide immigrants with a longer legal work status in the U.S. and allow employers to retain high-skill talent, which could have downstream effects on other industries that use software, like banking, manufacturing and other sectors," the authors write.

Since the H-1B visa was in introduced in 1990, it has yielded many economic benefits.  For example, U.S.-born workers gained $431 million in 2010 as a result of the H-1B, according to previous research from Khanna. Moreover, another study of his revealed that hiring H-1B workers was strongly associated with firms introducing newer products.

However, new restrictions to the H-1B, the same type of visa the founder of SpaceX, Elon Musk, used to begin working in the U.S., could be released soon as the White House recently indicated it is reevaluating the program. This could yield another roadblock for the legalization of immigrants with entrepreneurial ambition.

"Unless immigrants are certain they will be allowed to remain within a country, they may not invest in developing a business in that country," Khanna and Brown write. "This highlights a problem faced by many migrants who have ambitions to start businesses but will not because they know they may not be able to stay in the country for long."

More protections for immigrants increases the likelihoods of jobs going to native born-workers, over immigrants

In addition to analyzing how immigrant rights aid entrepreneurship, Khanna and Brown also looked at how these policies impact the competition between native-born and immigrant workers. Immigrant worker rights protect migrant workers from employer exploitation; an indirect benefit of these laws is that they even the playing field between immigrants and non-immigrants.

The study points to exclusionary immigration policies over the course of U.S. history, from the Chinese Exclusion Act of 1882, to the Kennedy and Johnson administrations' policies targeted at farmworkers, all of which were driven by fear of low-skill laborers from other countries depressing wages of native-born workers in the U.S.

However, economist all over the world have been unable to find evidence that proves these theories. Rather, in each of these cases throughout U.S. history, employers adjusted to the missing workers in ways other than substantially bidding up wages, such as by shifting to production technologies that use less labor.

"Often, such policies have been motivated by resentment against foreign workers; however, this fear may be based on false perceptions and lack of evidence," the authors of the paper, which appeared in the UCLA Journal of International Law & Foreign Affairs, write. "This resentment may also be driven by racial prejudices and xenophobia."

Even as the discussion on the impact of immigration has predominantly focused on wages and employment, the current U.S. President has strongly alluded to a link between immigrants and crime, propelling growing discourse on the subject.

Between 2001 and 2017, Gallup polls consistently reflected that roughly half (45 percent to 58 percent) of American respondents believe immigrants make the crime situation worse. These assumptions are false. The authors cite ample research that sheds light on incarceration rates  being lower  for  immigrants,  and  far  lower  for  newly  arrived  immigrants, revealing the baseline for criminal activity among immigrants is lower than native-born workers.

In addition, the authors point to previous studies that revealed a correlation between immigrant rights with decreased crime over the course of four decades (1970 to 2010).

"This is because the less protection and work opportunities immigrants have, the more likely they are to turn to criminal activity, as an act of desperation," said Khanna. "Criminal behavior is widely understood to be a result of necessity and when given legal employment opportunities at livable wages, crime is reduced."

For example, after the Immigration Reform and Control Act (IRCA) of was implemented in 1986, which gave legal status to three million immigrants in the U.S., it led to a marked decrease in crime up to 5 percent.

Contrary to popular belief, undocumented migrant workers pay taxes, mostly income taxes, which are estimated to at $11.7 billion. Yet the number would be higher (by $2.2 billion) if undocumented migrants were granted legal status, an important consideration as the national deficit mounts in the wake of COVID-19.

Additional ways more protections for migrants would help domestic populous could be lower health care costs. Undocumented migrants may not be eligible for insurance, adding to healthcare costs in times of emergency.

"We find that the fiscal burden can be greatly reduced if immigrants are given working status and allowed to contribute to the tax base," the authors wrote. "In conclusion, we find there are several areas where strengthening migrant worker rights benefits native-born workers, outweighing any costs borne by them."

To read the full paper, go to the UCLA Journal of International Law & Foreign Affairs website.