The company faced some criticism. 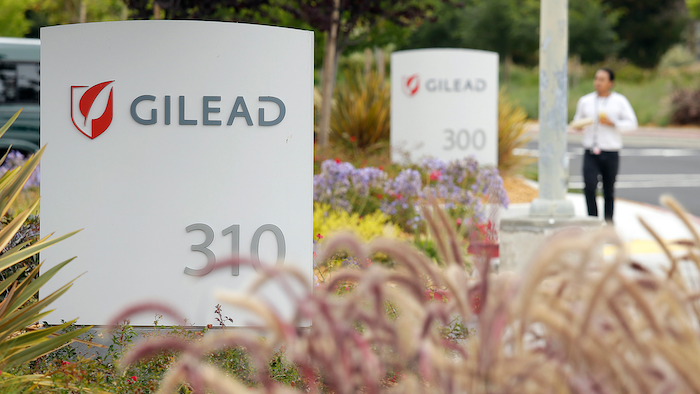 In this July 9, 2015, file photo, a man walks outside the headquarters of Gilead Sciences in Foster City, Calif. Gilead Sciences said Wednesday, March 25, 2020 it will give up the specialty status it received days earlier for its COVID-19 drug amid public outrage that the company was seeking to boost the profits of its treatment.
AP Photo/Eric Risberg, File

WASHINGTON (AP) — Facing public criticism, the maker of a promising coronavirus drug said Wednesday it will waive a special regulatory designation that could have allowed it to block competition and boost profits for its treatment.

Gilead Sciences said it will ask U.S. regulators to revoke the so-called “orphan drug” status it received for its experimental drug remdesivir. The status would have entitled the company to financial incentives and exclusive marketing intended for rare disease treatments.

The Food and Drug Administration granted the company's request for the designation on Monday, noting that COVID-19 qualified as a rare disease under U.S. rules, since fewer than 200,000 Americans are infected.

But experts and public advocates blasted Gilead for seeking the status.

“COVID-19 is anything but a rare disease,” stated a letter sent to the company earlier Wednesday by more than 50 consumer and patient advocacy groups. The groups noted that millions of Americans are expected to eventually be infected with the virus. As of Wednesday, cases in the U.S. topped 61,000.

Gilead said in a statement Wednesday afternoon that it asked the FDA to rescind the orphan drug designation and that the company "recognizes the urgent public health needs posed by the COVID-19 pandemic.”

Currently, there are no FDA-approved drugs, vaccines or specific treatments for the coronavirus. A few existing and experimental drugs are being studied, and vaccines are being developed.

Remdesivir, originally developed for Ebola, is being tested in at least five experiments. The drug interferes with viral reproduction and has shown some promise in lab and animal studies against other coronaviruses that cause similar diseases, MERS and SARS.

The drug has been given to hundreds of COVID-19 patients thus far, but rigorous studies are needed to determine if it works before it is approved.

Congress created the orphan drug program more than 35 years ago to encourage companies to develop drugs for niche diseases and conditions Since then, filing for the program has become a standard industry tactic.

For most people, the new coronavirus causes mild or moderate symptoms, such as fever and cough that clear up in two to three weeks. For some, especially older adults and people with existing health problems, it can cause more severe illness, including pneumonia.