Workplace Age Discrimination May Be Harder to Prove in Court

Age discrimination remains one of the greatest vulnerabilities that American workers face. 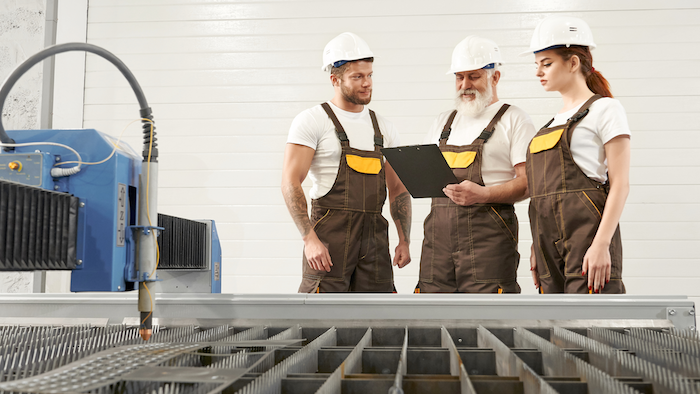 A 2018 AARP study of adults age 45 and older found that more than 60% said they had seen age discrimination in their workplace or experienced it themselves.

Along with a general reluctance to report their employers for unfair treatment, aging workers face notable obstacles when and if they do decide to move forward with legal action. Cases, for instance, rarely go to trial, and studies suggest that when they do employers are twice as likely to win, given the difficulties victims face in proving their claims.

And now, the Trump administration is trying to further curtail the protections afforded to aging workers.

Noris Babb worked as a pharmacist at a Veterans Affairs Medical Center in Florida, where she helped to develop a program for older veterans. The VA later developed a nationwide plan based on the one that Babb’s team initially developed.

Babb and other female co-workers, each of whom was over 50, applied for promotion and training opportunities as well as clinical positions, yet were denied the opportunity to advance. Instead, the VA promoted two other women – both under the age of 40.

The Age Discrimination in Employment Act requires the government to make employment decisions “free from any” age discrimination. The EEOC has long held that this language means that age should not be even a contributing factor for determining workplace decisions in federal jobs.

Babb filed charges of gender-plus-age discrimination, but the court sided with the VA. Babb challenged that decision, arguing that the court had relied on an overly stringent standard for demonstrating discrimination.

The case then made its way up to the Supreme Court, where the Trump administration argued that, to be protected by the Age Discrimination in Employment Act, federal workers must prove that age is the singular motivating factor in an employment decision – a standard referred to as “but for” causation.

Nearly three decades of research on workplace discrimination show that it is already extraordinarily difficult to prove that employment decisions are discriminatory.

Our own work, analyzing EEOC case histories and interviewing workers about their experiences of mistreatment and discrimination, provides insight into why.

Many employment decisions are made behind closed doors. This understandably creates situations in which a worker is left wondering why they were denied a job, not promoted or even terminated. Identifying the cause of one’s mistreatment is often difficult.

If the Trump administration is successful in arguing that the Age Discrimination in Employment Act applies only when age is the solitary factor in a federal employer’s conduct, the burden of proof for those encountering age discrimination will raise to an even higher level.

With the Trump administration’s stricter interpretation of the Age Discrimination in Employment Act, almost any employer counterargument would effectively remove the possibility that aging workers would be protected.

This is further complicated by the fact that, in about 50% of age discrimination cases and 80% of all EEOC cases involving denial of promotion, plaintiffs make multiple claims within a single case. Research shows that the odds of legal victory are cut in half for charging parties who make multiple claims.

Research shows that age discrimination is bad for workers, bad for families and bad for the United States as a whole.

Discrimination takes a toll on the health and well-being of all workers. It decreases workplace morale and workplace productivity. Discrimination also artificially limits the pool of competent and talented workers stifling economic growth.

Moreover, when workers are unfairly denied employment, unjustly excluded from promotion and training opportunities, or terminated in a discriminatory fashion, the possible negative impacts also spill over to family members, spouses and children.

The U.S. population is aging, and so is the U.S. workforce. For more than 50 years, the Age Discrimination in Employment Act has been the primary mechanism for workers across the nation to contest ageist treatment at the hands of employers.

The current push to interpret the Age Discrimination in Employment Act as strictly requiring “but for” causation will raise the burden of proof for victims to a nearly impossible level. It will also make it difficult for aging federal workers to maintain and succeed in their jobs.

This article is republished from The Conversation under a Creative Commons license. Read the original article here: https://theconversation.com/workplace-age-discrimination-could-become-even-harder-to-prove-in-court-132932.

The president suggested America's position in the world required aggressive action to serve a computerized age.
Apr 8th, 2021
Follow Us
Most Recent