Fed to Buy as Much Debt as Needed

The Federal Reserve will also begin lending to businesses and local governments. 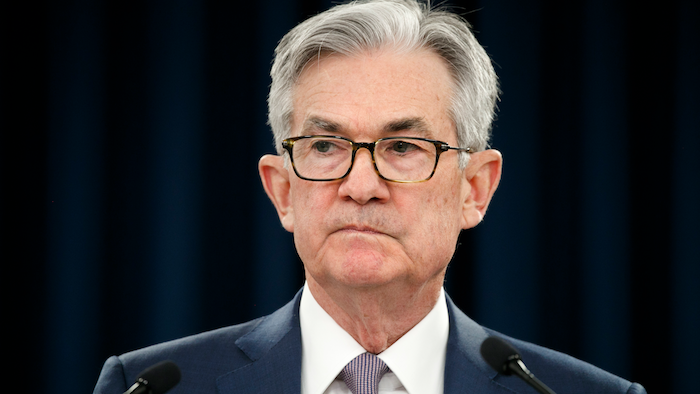 WASHINGTON (AP) — In its boldest effort to protect the U.S. economy from the coronavirus, the Federal Reserve says it will buy as much government debt as it deems necessary and will also begin lending to small and large businesses and local governments to help them weather the crisis.

The Fed's announcement Monday removes any dollar limits from its plans to support the flow of credit through an economy that has been ravaged by the viral outbreak. The central bank's all-out effort has now gone beyond even the extraordinary drive it made to rescue the economy from the 2008 financial crisis.

"The coronavirus pandemic is causing tremendous hardship across the United States and around the world," the Fed said in a statement. “Our nation’s first priority is to care for those afflicted and to limit the further spread of the virus. While great uncertainty remains, it has become clear that our economy will face severe disruptions. Aggressive efforts must be taken across the public and private sectors to limit the losses to jobs and incomes and to promote a swift recovery once the disruptions abate.”

Financial markets sharply reversed themselves after the announcement. Dow Jones futures swung more than 1,000 points from about 500 down to a rise of roughly 500. The yield on the 10-year Treasury bond also fell, a sign that more investors are willing to purchase the securities.

In its announcement, the Fed said it will establish three new lending facilities that will provide up to $300 billion by purchasing corporate bonds, a wider range of municipal bonds and securities tied to such debt as auto and real estate loans. It will also buy an unlimited amount of Treasury bonds and mortgage-backed securities to try to hold down borrowing rates and ensure those markets function smoothly.

The Fed's new go-for-broke approach is an acknowledgment that its previous plans to keep credit flowing smoothly, which included dollar limits, wouldn't be enough in the face of the viral outbreak, which has brought the U.S. economy to a near-standstill as workers and consumers stay home. Last week, it said it would buy $500 billion of Treasuries and $200 billion of mortgage-backed securities, then quickly ran through roughly half those amounts by the end of the week.

And on Monday, the New York Federal Reserve said it would purchase $75 billion of Treasuries and $50 billion of mortgage-backed securities each day this week.

Ian Shepherdson, chief economist at Pantheon Macroeconomics, said it is clear that the Fed is now doing “whatever it takes."

“This is an all-out effort to ensure that the business sector can continue to exist even as economic activity temporarily collapses,” Shepherdson said.