He conspired to export drone parts and technology from the U.S. to Iranian-backed Hezbollah militia.

MINNEAPOLIS (AP) — A Lebanese national charged with conspiring to export drone parts and technology from the U.S. to Iranian-backed Hezbollah militia in Lebanon has pleaded guilty to one count of conspiracy to violate U.S. export laws.

Prosecutors said the brothers acquired sophisticated technology for drones from 2009 to 2013 and illegally exported them to Hezbollah, which the U.S. considers a terrorist organization.

Issam Hamade faces up to five years in prison when sentenced next month, but prosecutors plan to ask for 30 months, according to a plea agreement. Hamade's defense attorneys plan to ask for time served. He's expected to be deported after he serves his time.

The Hamades were arrested in February 2018 in South Africa and were extradited to the U.S. last fall.

In the plea agreement publicly filed Tuesday, Issam Hamade admitted that his brother arranged to purchase parts and technology from various countries, including the U.S., from 2009 to 2011. He also admitted that he transferred money from Lebanon to accounts in South Africa at his brother's request, knowing the money was being used to buy these parts.

The plea agreement says Hamade had reason to believe the parts and technology were going to Syria, in violation of U.S. export laws. 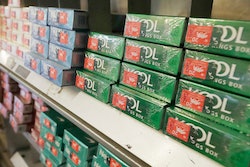