The Trump administration completed the fewest cleanups of toxic Superfund sites last year than any administration since the program’s first years in the 1980s. 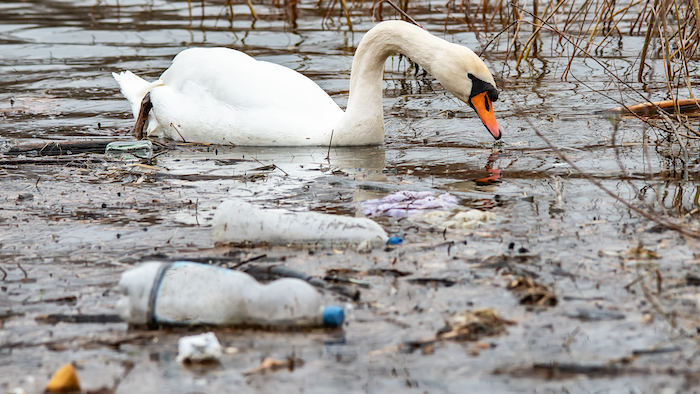 WASHINGTON (AP) — The Trump administration completed the fewest cleanups of toxic Superfund sites last year than any administration since the program’s first years in the 1980s, figures released by the Environmental Protection Agency indicated Wednesday.

The federal government wrapped up cleanups at six Superfund sites around the country in the 2019 budget year, the fewest since three in 1986, EPA online records showed.

The Superfund program was born out of the 1970's disaster at Love Canal in New York, where industrial contaminants poisoned groundwater, spurred complaints of health problems and prompted presidential emergency declarations. Congress started the Superfund program in 1980, with the mission of tackling the country’s worst contaminated sites to remove the threat to surrounding residents and the environment.

President Donald Trump campaigned on pledges to cut environmental protections he saw as unfriendly to business. In office, Trump has presided over rollbacks and proposed rollbacks of a series of protections for air, water, wildlife and other environmental and public health concerns, as well as sharp declines in many categories of enforcement against polluters.

The EPA posted the 2019 figures on its website earlier this month. The tally also shows one cleanup completed so far this budget year.

“Cleaning up Superfund Sites has been and remains a top priority of this Administration," EPA spokeswoman Corry Schiermeyer said in response to questions from The Associated Press. “Many of the sites currently on the NPL (National Priorities List) are very large, complex and technically challenging and often require numerous construction projects to complete that are frequently phased in over many years.”

Superfund cleanups completed fell into the single digits just once before in the past 20 years, in 2014.

The AP reported in January that the administration also has built up the biggest backlog of unfunded toxic Superfund cleanup projects in at least 15 years, nearly triple the number that were stalled for lack of money in the Obama era.

The administration called Superfund cleanups part of the core mission of the EPA. But Trump’s budget proposal for next year calls for slashing money for the Superfund program by $113 million. As in previous years, the White House asked Congress to cut the EPA budget by more than 20%.

Elizabeth Southerland, a former EPA official who now is part of a network of hundreds of former EPA staffers often critical of Trump rollbacks, said the administration was failing to brief Congress on how much it really needs for the program. She called it “heartbreaking" for the people at risk around the sites.

“Communities are being forced to live for years longer than necessary waiting for cleanup to be completed," Southerland said.

Under Trump, the EPA pointed to a different measure in declaring it was making progress on Superfund cleanups: the number of cleaned up sites officially deleted from the roster of more than 1,300 Superfund projects.

But deletions from the list typically reflect cleanup work done over decades and often completed on the ground years ago, meaning Trump frequently was taking credit for work done under President Barack Obama and other predecessors. The EPA said it deleted all or part of 27 sites from the list last year.